No place has achieved greater advantages or suffered worse losses due to globalization than New York City and New York State, a new report from the SUNY Levin Institute and Center for an Urban Future shows. 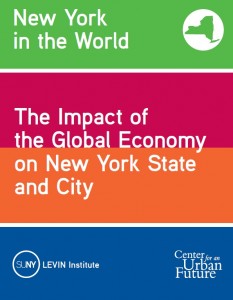 At this forum, the report’s authors discussed their findings, which they said tell a tale that is familiar but has not been comprehensively documented until now. Many findings revealed the unexpected. The story is not one strictly of upstate losses and downstate gains, for instance, and some upstate cities have fared better than others.

SUNY Chancellor Nancy Zimpher led the event, followed by Jonathan Bowles, director of the Center for an Urban Future, and SUNY Levin Institute President Garrick Utley. Following the report’s presentation, Susan Arbetter of WCNY moderated a discussion among Bowles; Heather Briccetti, acting president of the Business Council of New York State; and Donald Siegel, dean of the University at Albany’s School of Business. 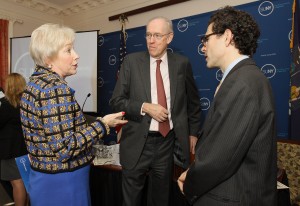 To support New York's and the nation's economic and social vitality through innovative and competitive responses to the challenges of today's global economy.