Eat Your Veggies: More Fruits and Vegetables Can Help You Quit Smoking 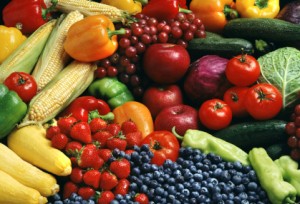 Smokers who ate more fruit and vegetables smoked fewer cigarettes per day, waited longer to smoke their first cigarette of the day and scored lower on a common test of nicotine dependence.

If you’re trying to quit smoking, eating more fruits and vegetables may help you quit and stay tobacco-free, according to a new study by University at Buffalo public health researchers.

The research is the first longitudinal study on the relationship between fruit and vegetable consumption and smoking cessation.

The UB study found that smokers who consumed the most fruit and vegetables were three times more likely to be tobacco-free for at least 30 days than those consuming the lowest amount of fruits and vegetables. These findings persisted even when adjustments were made to take into account age, gender, race/ethnicity, education, household income and health orientation.

Researchers also found that smokers who ate more fruit and vegetables smoked fewer cigarettes per day, waited longer to smoke their first cigarette of the day and scored lower on a common test of nicotine dependence.

Several explanations are possible, such as less nicotine dependence for people who eat a lot of fruits and vegetables. Or the fact that higher fiber consumption from fruits and vegetables make people feel fuller, since smokers sometimes confuse hunger with an urge to smoke.

And, unlike some foods which are known to enhance the taste of tobacco, such as meats, caffeinated beverages and alcohol, fruits and vegetables may worsen the taste.

The UB researchers caution that more investigation is needed to determine if these findings replicate and if they do, to identify the reasons why fruit and vegetable consumption may help smokers quit. They also want to research how other aspects of one’s diet affect smoking.