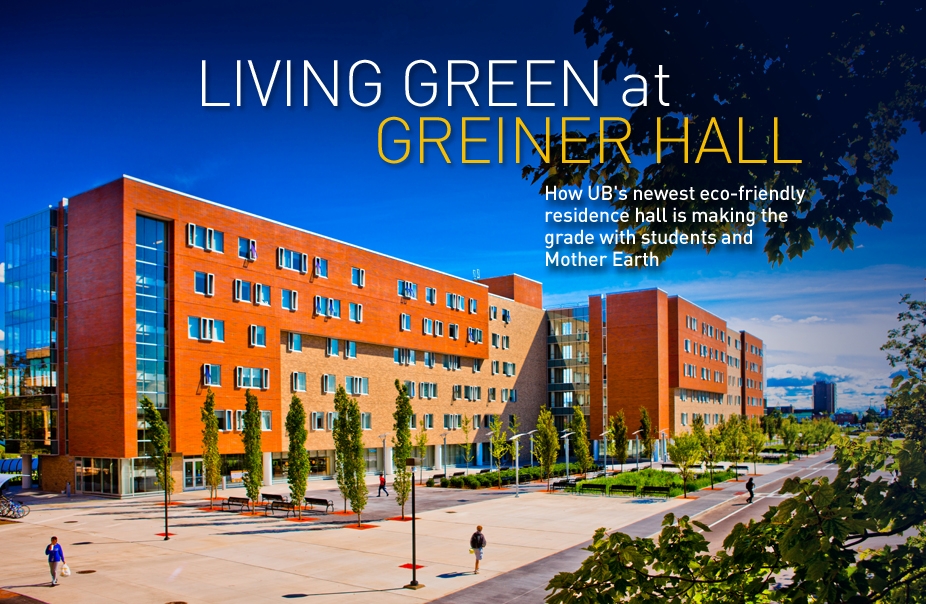 William R. Greiner Hall, UB’s newest residence hall (housing mostly sophomores), provides a glimpse at the future direction buildings at UB will be modeled upon. The building, which debuted in August 2011, is the first of several state-of-the-art structures that have opened or will open on campus over a two-year period.

A Peek Into Greiner Hall 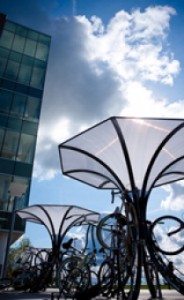 Bike Racks: Racks outside Greiner Hall include spaces for more than 90 bicycles. 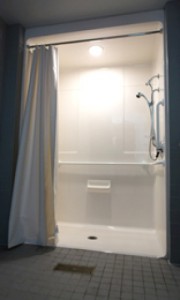 Showers for Commuters: To encourage green commuting, staff biking to work at Greiner Hall can take advantage of on-site showers.

Green Tiles: Floor tiles next to the first-floor Au Bon Pain café are green in every sense of the word. They’re made from recycled Heineken bottles.