That ‘Family Guy’ Box Set May Finally Be Useful 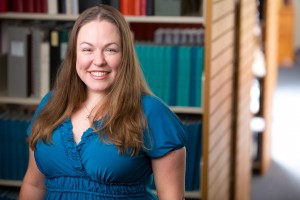 Here’s a better reason to not sell your old DVD’s on Craigslist: According to University at Buffalo’s Research Institute on Addictions, it is acceptable—and beneficial—to watch reruns of your favorite television show between working long hours.

Jaye Derrick, a research scientist at the Institute, found that watching a rerun of a familiar show may help replenish your valuable pool of mental resources that has been depleted.

“When they use them on a task, they use up some of this limited resource. Therefore, they have less willpower and self-control for the next task,” Derrick says. “With enough time, these mental resources will return. However, there may be ways to more quickly restore them.”

And a way, Derrick found, is through a show.

“When you watch a favorite re-run, you typically don’t have to use any effort to control what you are thinking, saying or doing. You are not exerting the mental energy required for self-control or willpower,” Derrick explains. “At the same time, you are enjoying your ‘interaction,’ with the TV show’s characters, and this activity restores your energy.”

Derrick’s studies, published in Social Psychological and Personality Science, tested participants’ willpower and task completion times following a strenuous mind game. After the mind game, half were instructed to simply think about their favorite television show while the other half completed a neutral task. To test the willpower restoration, a puzzle was given to the group at the end.

Another study was instated by simply using diaries of participants. It was found that after difficult work, the participants were more likely to watch a rerun, movie or favorite book.

“In other words, there was a measurable restorative effect from a familiar fictional world,” Derrick finds.

“Based on my research, I would argue that watching television is not all bad. While there is a great deal of research demonstrating that violent television can increase aggression, and watching television may be contributing to the growing obesity epidemic, watching a favorite television show can provide a variety of benefits, which may enhance overall wellbeing,” Derrick says.

But don’t grab the chips and soda and watch any old show! Derrick warns that watching unfamiliar shows all day won’t help; it must be a sort of virtual fictionality that the viewer has a relationship with.