On Veterans Day morning, Sunday November 11th, members of the Farmingdale State College student veterans club continued their tradition of service and decided to opt out of marching in the NYC Veterans Day Parade, and help out their neighbors instead.  They traveled as a group down to the south shore town of Lindenhurst, one of the hardest hit communities on Long Island, and spent several hours removing water logged sheet rock, soaked carpets and moldy flooring from the homes of absolute strangers. 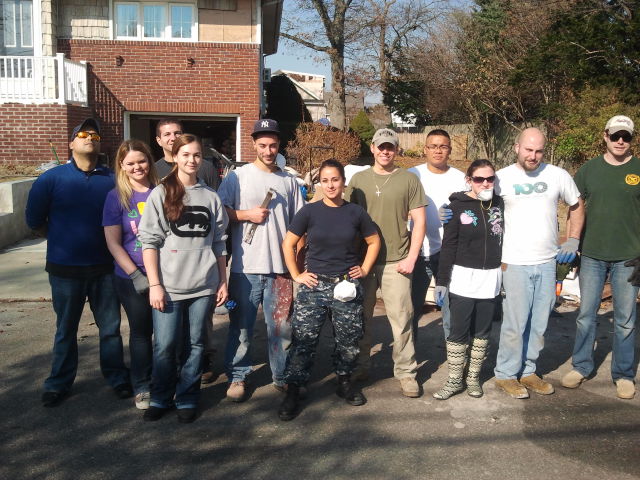 For the 2012 Buffalo State Volunteer and Service-Learning Center (VSLC) Volunteer Fair and September 11 National Day of Service event, representatives from 33 community partner organizations informed students about volunteer opportunities and needs within their organization.

For the first time, the VSLC facilitated Buffalo State’s participation in the September 11 National Day of Service and Remembrance, becoming part of the network of hundreds of thousands of volunteers who turn out each year to support neighborhoods, engage in community service, and collaborate to make a difference. Buffalo State students were afforded the opportunity to participate in on-campus service projects that ranged from 5 minutes to 2 hours. On-campus service projects included creating birthday cards for Buffalo City Mission’s Men’s Community Center, building birdhouses for community gardens throughout the city, painting boats for Hoyt Lake, and assembling comfort kits for Crisis Services. 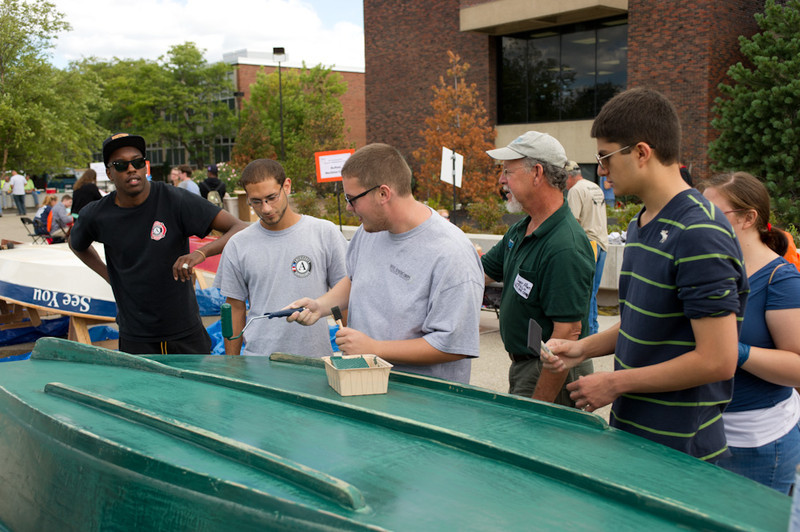 Throughout this event, representatives had over 900 individual conversations with students about ways to serve the Buffalo community and at least 120 students were involved in the on-campus service projects during the event providing over 100 hours of service in one afternoon.