With over 467,000 students, SUNY consistently takes advantage of the opportunity it has to be a significant impact in communities across New York State.  The 30 Days of Giving campaign is a great way to recognize students and community partners involved in the many projects that happen all year round at each SUNY campus and their surrounding communities.  The byproduct of taking volunteerism to scale is not only building character in our students themselves as they join our over three million alumni, but also to set an example of impact as the nation’s largest university system.

Each year, the Community Service Club at SUNY System Administration forms a volunteer group to help with Thanksgiving Dinner Preparation at Equinox in Albany.  Volunteers help prepare and deliver traditional Thanksgiving meals for more than 9,000 lonely, homebound, or homeless neighbors of the surrounding communities.

On November 22 and 23, twenty-five colleagues from SUNY System Administration  joined hundreds of volunteers in packing, preparing, and cooking meals to be distributed the next morning.

The entire effort—spanning many days—is the largest meal service in the Capital Region during Thanksgiving and the SUNY group was proud to represent the giving of our students, faculty members, and alumni from all over the world!  We hope to increase participation next year—because that is the very nature of taking volunteerism to scale! 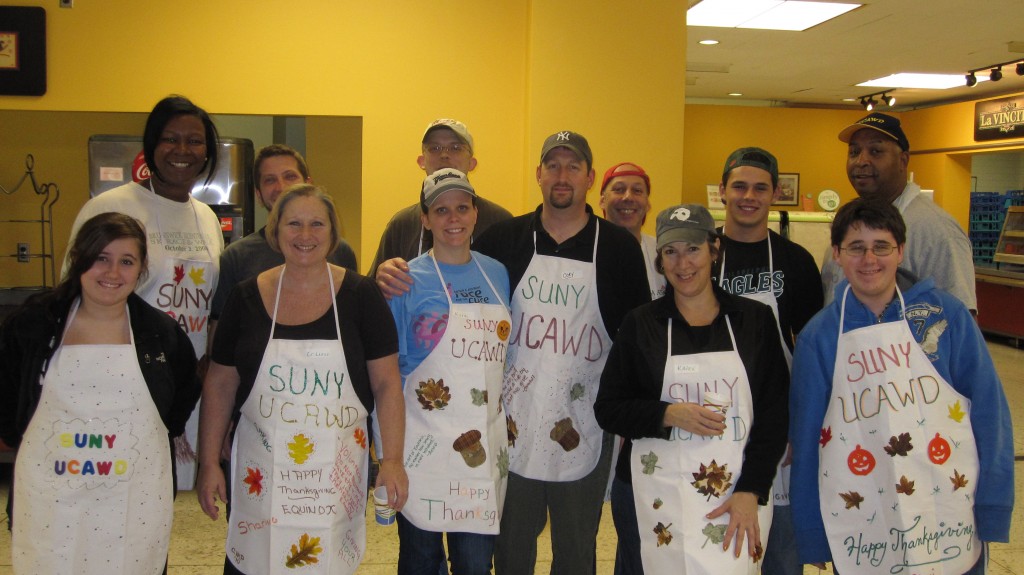