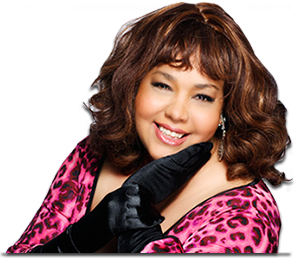 Deborah Gregory is an accomplished writer, director, and fashionista. Gregory is best known for her work writing the Catwalk trilogy and series The Cheetah Girls.  The latter’s popularity is exclaimed through the subsequent movies and brand that spawned out of the NYC-based storyline.  Moral lessons powerfully resonate throughout Gregory’s works, which likely is due to her arduous upbringing in which she faced a lot of adversity.

Before writing, Gregory graduated SUNY Fashion Institute of Technology with her A.A.S. and traveled internationally as a runway model. She was concurrently thrust into journalism, writing for Entertainment Weekly, More, US, and Grace following her enrollment at SUNY Empire State College. Today, Gregory stays busy between writing comedy, authoring books, designing clothes and accessories, and maintaining the “cheetahrama” that has extended far beyond New York City.

1.   What career path did you have in mind when you first began school at FIT and then when you were almost done with your bachelors while enrolled at Empire State College?

I was born a fashionista—hardcore! So when I began school at FIT, the only thing I had in mind was that I would be in fashion. I began making clothes when I was a kid. I assumed I would do something design wise or retail wise in fashion. The truth is I had always been a devoted writer as well, so I realized that I had to deal with that after I graduated from FIT. I began my English Literature and Writing education by attending New York University, and then Hunter College. I had quite a lot of credits by the time I attended Empire State College and was already working at a magazine (New Look) as an editorial assistant.

2.   You are an established writer but your keen fashion sense and morals are reflected in some of your most popular work. What comes first?

I guess you could say I’m a fashion pickle that could never go back to being simply a cucumber. Fashion is woven into my tapestry. However, because I grew up in the foster care system, I have a keen awareness of suffering. That’s marred into my tapestry as well.  I’m first and foremost an orphan—and one of millions of African Americans deeply scarred by the aftermath of slavery. My mother is a missing person. My first foster mother was illiterate. All of this is the direct result of being descendants of slavery. I hope everyone who has had a caretaker who gave them an ounce of caring realizes that is why they were able to transcend and forge forward.

3.    You make it clear that your childhood was non-traditional. How has your outlook on life changed between living with four different families as a child and now as an icon?

Naturally, writing is a good place for forging stories of suffering and triumph. With my outlook, I would have a tendency to capture it all. There is a price for everything—so I don’t pretend and sugarcoat it. I prefer to show the flaws as well in my characters as well as myself. Writing is a horrible profession—it really is—especially for black writers. The market has dwindled for stories. People don’t read. They just want to escape, they even remain glued to their iPhone screens on the subway where there is tricky reception! I remain keenly aware of the struggle of modern life as a nonwhite person—it’s with me every day and never goes away.

4.    Furthermore, did you see yourself in the position you are in now as you grew up and went to college?

The only thing I dreamed about when I was younger was getting out of foster care. That’s all I wanted. At fourteen, however, I read a novel called Love Story. That’s when I learned about college. I yearned to go to college so I could be like the character, Jennifer Calliveri, and find Prince Charming at Harvard! I couldn’t figure out how to get to Radcliffe like Jenny, so I settled on FIT.

5.   Overall, how did your college education help prepare you for life and your career?

Going to college for me was everything. My first and primary foster mother was illiterate.  She could not read or write one word. College, college, college, that’s all I could think about after reading that novel, Love Story.  It was some form of escape, but now I can see, I just couldn’t bear how crippling it was to see this woman not being able to function at all because she couldn’t read or write. College is important for certain careers—writing is definitely one of them.

6.    What advice do you have to share with SUNY students?

It’s very important to identify careers where there are opportunities. While in school, do research and investigate careers that you can enter where there are jobs! The truth is, journalism had dwindled, for example.  It’s not what it used to be, and those jobs are not returning. Gone are the days of magazines and newspapers as primary sources of information. Marketing, publicity, social media, technology, business sectors, however, are booming. Similarly, the finance industry (Wall Street) like journalism has taken a hit.

Be very clear about where opportunities are so your hard earned education can be of use — in helping you gain access to a career where there are some jobs.  Another thing, people don’t realize — the world has become very global — so those who develop a secondary language also have an advantage.  If you can (or maybe you already speak a second language), make sure to keep that polished — it can definitely come in handy in your career path.