Take a Risk. Start a Company. Launch a Social Enterprise.

It takes hard work and guts to transform a great idea into a viable business or community organization, but University at Buffalo students are doing it every day with support from the university. Each of the entrepreneurs profiled below endured long hours and surprising obstacles to succeed. None regretted it. 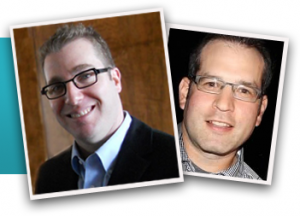 Their idea: to build a data-centric company that helps colleges and universities decide how to best allocate resources, recruit and retain students and improve student success.

Their company, Campus Labs, has more than $10 million in annual sales and more than 650 higher education clients. Years of hard work were realized when Connecticut-based Higher One Holdings acquired Campus Labs for more than $40 million in August. 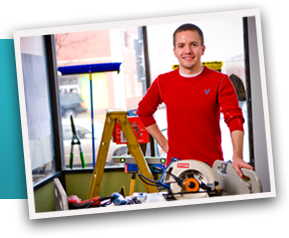 Darren Cotton, Masters in urban planning ’12, was fixing up an apartment near UB’s South Campus and found himself raiding his parents’ toolbox to do the job. The experience laid the foundation for the University Heights Tool Library, a tool-lending library that Cotton opened in 2010.

About 150 members have joined, borrowing tools for a $10 annual fee. Operating under the University Heights Collaborative, a nonprofit neighborhood group, the library has become an important local resource. It has supplied tools for street cleanups and a community garden project. 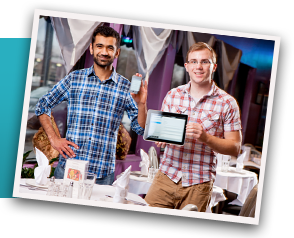 James O’Leary, who is working toward his BA in communications , was waiting tables at Ansar Khan’s family restaurant, Kabab & Curry, when he had an epiphany: Why not simplify his job by finding a way to digitize food and drink orders? He was tired of trying to decipher his own messy handwriting on guest checks.

With Khan, BS in biological sciences ’11, they created Refulgent Software and developed Ambur, a restaurant app that lets servers take orders on an iPod and send requests to the kitchen wirelessly.

Ambur debuted at the Apple store in April 2011 following a successful pilot at Kabab & Curry. The client list has grown to more than 300 restaurants in 14 countries, and revenue is on track to reach $850,000 this year. The success landed Khan a spot on Forbes magazine’s 2012 list of All-Star Student Entrepreneurs. 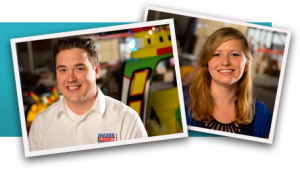 Anna Bacorn, BS in international business ’07, and Greg Bacorn, BA in history ’07, came up with an idea for upgrading a popular arcade game product: adding a ticket dispenser to the traditional air hockey table. Barron Games was born. 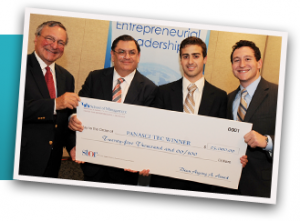 Two years ago, Matthew Epstein, BS in business ’12, and Andrew Cassetti, BS in business ’12, were discussing their smartphone apps and were both frustrated with the process of finding quality apps due to the overcrowded market. They asked each other for suggestions on what apps to use when a light bulb formed above their heads.

A recommendation from a trusted person holds more weight than an anonymous review on the Web; and this became the basis for AppVue, an app that allows users to see the apps used by people they trust, including friends, family, colleagues and even celebrities.

Epstein and Cassetti won UB’s Henry A. Panasci Jr. Technology Entrepreneurship Competition in 2012, and received $25,000 in start-up funding as well as in-kind services valued at more than $10,000. AppVue will be available in Apple’s App Store in fall 2012.