Genesee Community College students in the Business Forum Club made a big splash for a local charity. The fourth annual Ducky Derby raised more than $2,500 for the United Way – the most money to date for the event. Students sold 1,080 numbered rubber ducks, which were then set free in the Olympic-sized pool at the Batavia Campus. With the help of a ‘current’ created by members of the College’s Swim Team, the first duck that made it to the end of the pool won the race to the hooting, hollering and cheers of a captive fan base of staff, students and faculty. 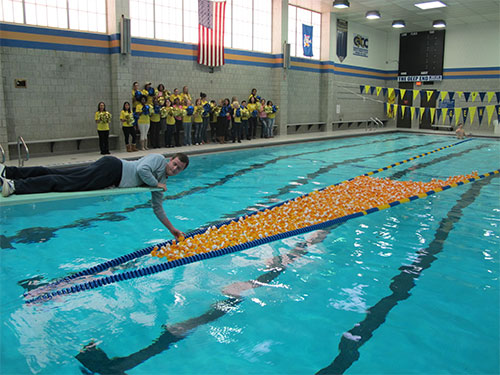