Dutchess Community College’s Student Government Association held an International Holiday Bash in December of last year highlighting the customs, music and food of various countries around the world. The event culminated with a Toys for Tots drive.

The Holiday Bash featured dinner and dancing, and approximately 150 attending students brought a toy to be donated to Toys for Tots in lieu of admission. An estimated $1,000 in toys was collected during the Holiday Bash and toy drive, along with more than $200 in cash donations. Two members of the Marine Corps were in attendance to receive the donated toys. The event was such a success that another has been scheduled for December of this year. 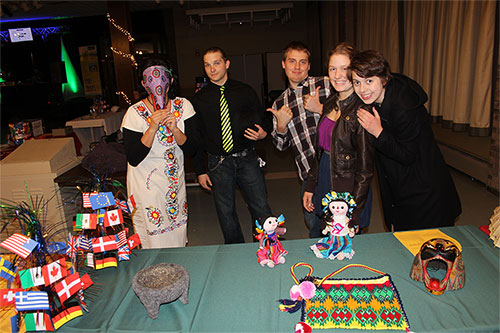