Every year, the Special Olympics partners with the Rochester City School District to hold a soccer event for the Extended School Year (ESY) program children who attend School No. 45. Monroe Community College student Chris Morris, who is a volunteer at the school and a vice president of MCC’s honor society, knew that this experience could be enhanced for students by rounding up a few more volunteers. And not just any volunteers.

Chris called upon his fellow Phi Theta Kappa Honor Society members. And then he recruited the entire MCC women’s soccer team. They showed the ESY kids how to shoot, dribble and pass, which ounds like fairly typical outdoor fun. However, according to Morris, it was a significant moment for kids who are usually sidelined. There were plenty of smiles, hugs and high fives when the Monroe Community College women’s soccer team, eight-time NJCAA national champions and 23-time region II champions, helped give these kids a chance to be in the game. 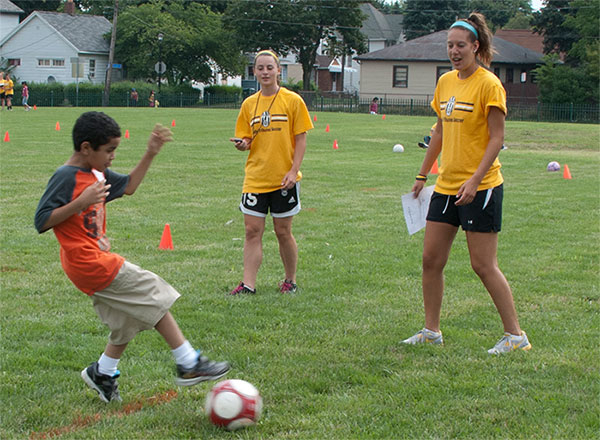