The Gay Straight Alliance student club at Herkimer County Community College recently hosted a benefit event to raise funds for victims of Hurricane Sandy. The event, a gathering with a DJ and food, resulted in the club making a donation of approximately $300.

The mission of this club is to work toward an accepting environment for all people of any sexual orientation, gender, ethnicity, nationality, color, creed, religious belief or age. Members raise awareness about diversity in hopes of decreasing discrimination and/or violence, which works with SUNY’s mission of diversity of creating a learning environment needed to develop the extraordinary leaders who will succeed in an increasingly culturally diverse and globalized society. 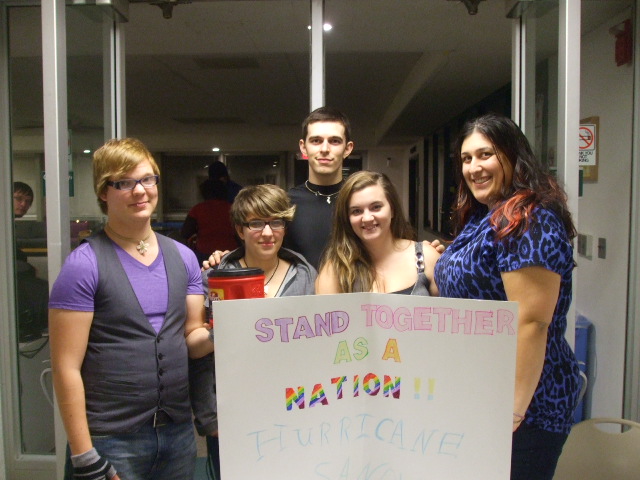