Herkimer County Community College partnered with the American Red Cross to collect donations for victims of Hurricane Sandy throughout the NJCAA National Championship Men’s Soccer Tournament. A total of $767.53 was raised for the Red Cross’ Hurricane Sandy Response Fund. Three of the eight teams participating in the tournament were directly affected by the storm. Jeff Parker, Ombudsman and Volunteer Coordinator for the American Red Cross Mohawk Valley Chapter, said “We appreciated the opportunity to present ourselves to the public and to collect some funds at the same time. I was especially moved by the opportunity to speak directly with some of the victims of the Hurricane and offer my support to them.” 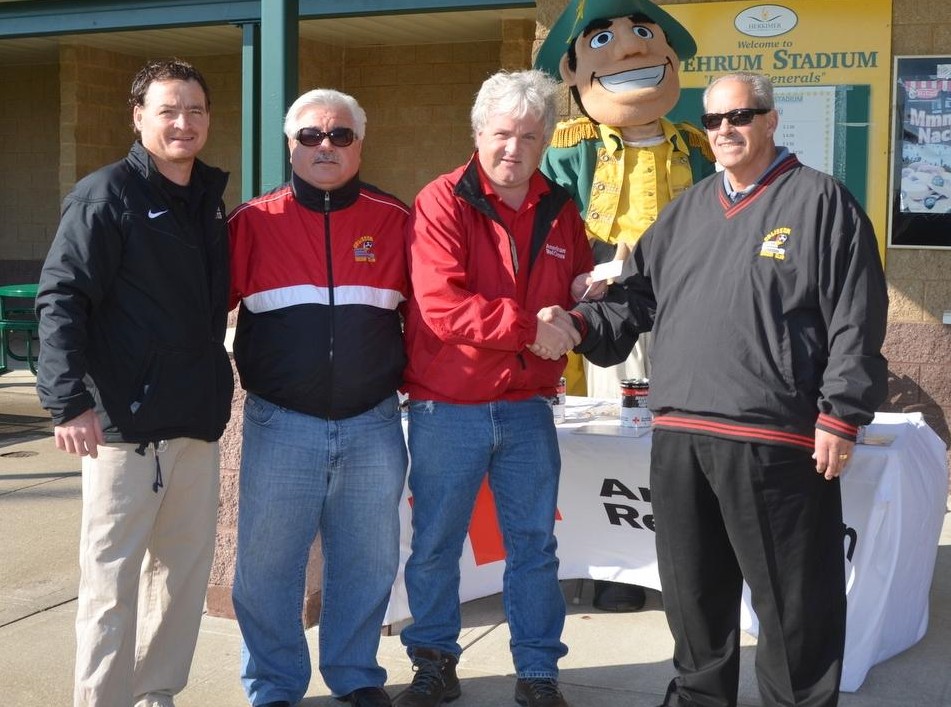