As the nation’s largest higher education system, the State University of New York not only sets an example for its 64 campuses to follow, but sets the standard of higher education operations.  Last year, New York Governor Cuomo touted SUNY as New York’s “economic driver” and in his 2013 State of the State Address, named education and jobs as “New York’s one-two punch”.

SUNY is now more able than ever before to deliver on the high standards set for it by diversifying its student body to record levels to increase access.

Furthermore, Chancellor Zimpher made an applause-rousing announcement at her January 15 State of the University Address: “Minority enrollment of our first-time, full-time freshmen is now at 29 percent – an all time high, and is the result of a 44 percent increase in access to SUNY in the last 5 years.”

“Receiving [the HEED] award is truly inspiring, particularly as this is its inaugural year,” said Joel Frater, PhD, assistant provost for diversity for the College at Brockport. “We’re proud of what we have accomplished on our campus but we know that more work remains.”

INSIGHT Into Diversity magazine selected award winners based on their diversity and inclusion initiatives, including all aspects of diversity such as gender, race, ethnicity, veterans, people with disabilities, and members of the LGBT community.

“We hope the HEED award serves as a reminder that diversity and inclusion must remain priorities in the 21st century higher education landscape,” said Lenore Pearlstein, publisher of INSIGHT Into Diversity magazine.”

Through its various programs, the SUNY Office of Diversity, Equity and Inclusion not only celebrates diversity as a reflection of SUNY’s strategic mission, but  leverages the diversity of all its communities to expand the horizons of academic excellence, research and scholarship, affirmative action and inclusion throughout the university system. 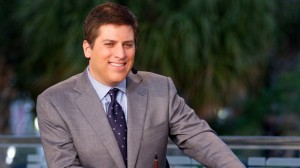 Jamie Frankenfield
March 11, 2022October 26, 2022
The State University of New York, SUNY, is the largest comprehensive system of higher education in the country, but what...
Big Ideas
January 19, 2022January 21, 2022
New York Attorney General Leticia James joined 39 other states in securing a $1.85 billion settlement from student loan provider...
Julie Maio
November 23, 2020November 24, 2020
Prior to the pandemic, an increased need for more healthcare professionals to join the workforce already existed. With the added...
Winnie Yu
September 1, 2020September 1, 2020
When the coronavirus began its rapid spread across the globe last spring, one of SUNY's first goals was to bring...
Winnie Yu
June 26, 2020July 8, 2020
Summer is always an exciting time of year. It gives many people a chance to take a break and create...
Winnie Yu
April 22, 2020April 27, 2020
Earth Day is a day to celebrate and demonstrate our support for environmental protection throughout the world, and this year...