The northeast is preparing for a large, powerful winter storm to hit beginning on Friday. Forecasts predict all of New York will experience snow and inclement weather due to the storm, with the more severe activity occurring in the north and eastern parts of the State. SUNY System Administration wants to share info with all of our students, faculty and staff here at the Generation SUNY Blog and on Twitter @Generationsuny. 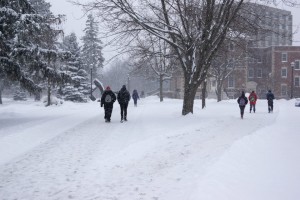 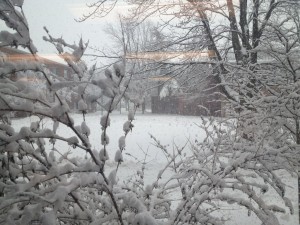 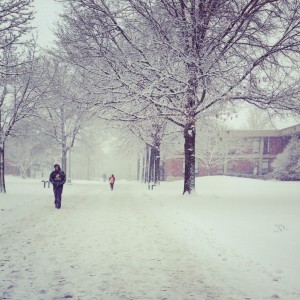 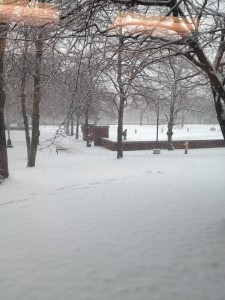 A Winter Safety Tip: To stay safe while shoveling: dress in layers, take frequent breaks to warm up, only move a little snow at a time.

A view of Nemo from our office.Safe travels everyone! fb.me/xSdryhkt

CCC will close at 2:00pm Friday, Feb. 8. All College classes & activities will be cancelled for the remainder of the day. #nemo #sunystorm

Due to storm, FIT closing at 3pm today. Reopening Sat. at noon for some activities, but no Sat. classes. fitnyc.edu/3754.asp #sunystorm

February 8, 2013.Due to inclement weather, all Jefferson CommunityCollege classes starting after 12:00 pm are… fb.me/1VbXydddp

IMPORTANT ANNOUNCEMENTAll Day and Evening Classes and Events are CANCELLED as of 12:00 noon today, 2/8/13.#nemo, #sunystorm

North Country CC will be closed today (Friday February 8, 2013) due to inclement weather.

All classes and activities are cancelled at SUNY Canton today (Friday, Feb. 8) due to the weather. Please be safe and have a nice weekend.

All classes and programs have been canceled for today, Friday, February 8th. An email will be sent to campus… fb.me/D6TkCtPG

Westchester Community College is closed on Friday, February 8. There will be no classes or events held on the… fb.me/1un8IowDa

Classes and activities at SUNY Purchase College have been canceled for Friday, February 8th. #sunystorm #nemo

Due to the severe winter weather expected for Friday, February 8th, all classes scheduled to begin at or after 12:15 pm will be cancelled.

Due to the forecast for inclement weather and significant snowfall, SUNY Orange will be CLOSED on Friday and… fb.me/ILxmrjtG

RCC is CLOSED on Friday, February 8. All day and evening classes and activities are cancelled EXCEPT for the Home… fb.me/2jmcIA4xA

Finding Nemo? Don’t worry, this winter storm will find you! NY EDEN has tips on preparing for the worst!ow.ly/hwnbJ @cce_disaster