Nationally, The Early College High School Initiative has had enormous success. Serving a population encompassing 77% students of color, 57% students from low-income households and 45% first generation college goers, the average early college graduate earns 36 credits or 30% of a Bachelors degree and 60% of an Associate’s degree.

New York State’s 23 Smart Scholars programs have made it possible for over 5,100 students to earn over 8,723 transferable college credits in just two years. In honor of ECHS Week and the accomplishments Smart Scholars state-wide, we would like to highlight our longest running Early College High Schools, including the nation’s oldest, Bard High School Early College. 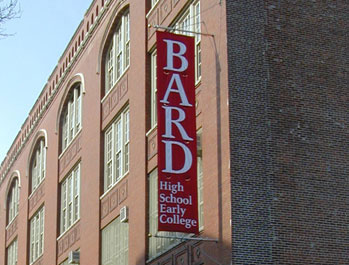 The Manhattan campus of Bard High School Early College opened in 2001 and to date every graduate has earned 69 college credits, an Associate’s degree from Bard College and a NYS Regents diploma. Manhattan has seen 9 graduating classes with 95% students continuing to a four-year college, one of the highest rates in New York City.

“The new round of funding [from Smart Scholars] made it possible to establish three new Smart Scholars programs in Brooklyn and add students to a fourth Smart Scholars program in the borough,” said NYS Senator Montgomery. The grant contributed to the already existing program and allowed for intensified recruitment of students from neighborhood middle schools to admit more underserved students. “I couldn’t be more excited for the students who will now be able to engage in a rigorous, college preparatory curriculum and receive the support services need to prepare for and complete college courses.” 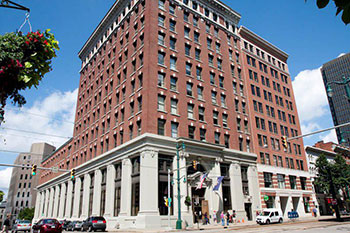 Buffalo Middle College ECHS opened in 2003, partnered with SUNY Erie Community College and has since had an 80% or better graduation rate. As a part of their college-readiness plan, their students, along with many others state-wide are participating in the ninth annual NACAC Buffalo National College Fair March 26th and 27th, which attracts over 200 colleges and universities from across the country and globally.


The Institute of Technology at Syracuse Central High School established a Smart Scholars Initiative and partnership with SUNY College of Environmental Science and Forestry in Fall 2009. Their first graduating class on June 24th, 2011 was held on the campus of SUNY-ESF, with 77% of their students graduating on time and 100% of students taking at least one college-level class.

Congratulations to these Smart Scholars programs for being our longest running Early College High Schools partners!