See What SUNY Alumni are Accomplishing This Week!

In addition to our regular Alumni Profile series, we hear about great things our graduates are doing around the country. Why not share them?

An endowment by SUNY Geneseo alumni Jack and Carol Kramer, both 1976 Geneseo graduates, made a keynote speech by a former New York Times science reporter at the school’s annual GREAT Day possible.

Five SUNY Geneseo alumni artists are scheduled to perform this week during the Geneseo Dance Ensemble’s “Dancing Past to Present: Celebrating 45 Years.”

Rosemary Cardamone Crane, a SUNY Oswego alumna who has built a career in the pharmaceutical and biotechnology industries, will join in recognizing more than 100 academic achievers at the college this week.

SUNY Potsdam graduate Ryan Zeigler visited the college this past week to talk with current students about his work with NASA. 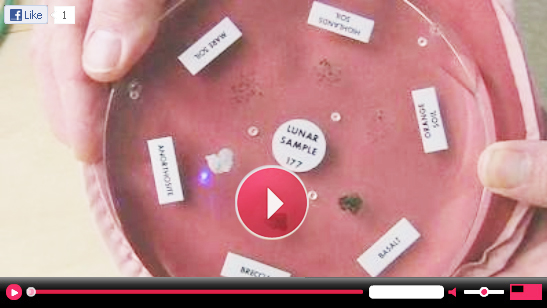 Zeigler, who curates the Apollo moon samples, spoke with students about the importance of the missions in an event titled “What We Have Learned Since the Apollo Missions”.  He brought with him moon samples from the collection, some of which were billions of years old.

“We haven’t been there in about 40 years. Our understanding of the moon has evolved a lot since then, so I think going back to the moon would be a very important step as NASA goes out into the solar system to explore again,” Zeigler said.

Zeigler also noted to YNN that it is important to note humans’ technology abilities when we went to the moon.  For example, we hold in our hand today more computing power in smartphones and tablets than the entire NASA rocket was capable of when we were making trips to the moon.

SUNY has an extensive relationship through alumni, students, and joint projects with NASA.  Zeigler’s trip to the North Country last week was one of many outreach efforts that our supportive alumni embark on every day.