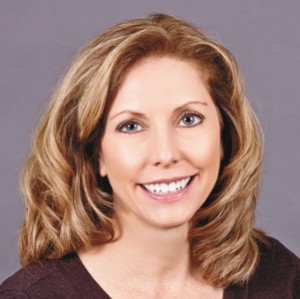 While at JCC, Ms. Moore studied nursing and was a member of the Phi Theta Kappa Honor Society, serving as president from 1996 to 1997, and represented JCC as a Phi Theta Kappa international delegate in 1996.

During her time at the College, Ms. Moore was named recipient of the Carnahan-Jackson Scholarship, Seager Presidential Scholarship, Jamestown Community College Trustee Award, and was named a JCC Alumni Nurse of Distinction Award in 2012.

In her current position, Ms. Moore audits clinical research conduct at the University of Maryland, manages the data safety monitoring quality assurance committee at the Greenebaum Cancer Center, and is a frequent presenter on clinical research management issues. In her “free time”, she is an actress – appearing in films, commercials, and television series.

1.   What sparked your initial interest in healthcare and what has sustained your motivation to continue learning about it and impacting the field?

What sparked my initial interest in healthcare is that I just wanted to help people. I began nursing school at the Jamestown Community College Cattaraugus County Campus in the fall of 1994. I graduated Valedictorian of my nursing class in 1997, and became a Registered Nurse.

After graduation, I began working in a Family Practice office in Coudersport, PA and was so interested when the pharmaceutical representatives would come in to educate about the new medications coming out on the market. Learning about the up-and-coming advances in healthcare sparked my interest in research – research is the front line of discovering new therapies. However, I needed to pursue at least a bachelor’s degree to obtain a career in “research” as a Clinical Research Nurse. I eventually moved and enrolled in the RN to BSN program at The Johns Hopkins University, School of Nursing in Baltimore, Maryland. I obtained my Bachelor of Science degree in nursing in 2001.

2.   Aside from clinical research, you are an actress. What about that field draws you in, and are any skills between the two distinct subjects — healthcare and acting — related? 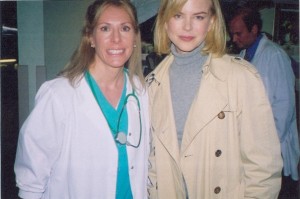 Before I became a nurse, my sister and I were “extras” in the movie, “Major League II” [photo]. I always say that after being in that movie, “the [acting] bug bit me”.

What drew me in about being an actress is that there is no other experience like being in front of a camera, being next to famous actors, and watching as the scene unfolds. Later when the movie, film, or commercial is released, it is so fun to watch the final product and looking for yourself or other actor friends on the screen.

In my current position as the Director of Research Quality Improvement, I am constantly giving presentations and educational sessions. Both the acting and presenting give me the confidence to get up in front of an audience or a room full of people to perform or deliver. Some auditions for commercials or films have specifically asked for “real” nurses. I have auditioned for nursing roles for television shows, acetaminophen and diabetes commercials, and landed one part as a nurse in the movie “The Invasion” with Nicole Kidman.

My hours are pretty much – Monday – Friday, 9-5. In my position, I manage the Data Safety Monitoring Quality Assurance Committee (DSM/QAC) which oversees the conduct of research within the Greenebaum Cancer Center. A typical day is spent either auditing research protocols and the conduct of a particular study, presenting educational sessions to research or clinical staff, or gathering information for a DSM/QAC meeting. The DSM/QAC reviews adverse events experienced by participants on studies, deviations from the conduct of research protocols, and monitors the studies to assure that the patients or participants remain safe while enrolled on a clinical trial.

If I am booked for an acting role, I will schedule a day off to be on set.

4. Overall, how did college — and your education at JCC — help prepare you for your career?

When I arrived at JCC in the early 1990’s, I had 2 small children (ages 7 & 4), no bank account to my name, no job, no degree, and no income. When I became a student, JCC gave me stability. It is a very trusting environment, and because of my time at the college, I transformed from a very dependent individual to a very strong and self-reliant person.

Attending school at JCC was the first time in my life when I really felt secure in that I was headed in the right direction. Between learning the skills I needed to become an RN, I also learned resilience and perseverance – all which still carry me through life today. During my days at JCC, I also learned leadership skills. I was inducted into Phi Theta Kappa, was an international representative to Washington, DC, and I served as the president of our local chapter my last year as a student here. I gained the confidence I never was able to attain before. JCC taught me to value my education, and I feel that my foundation is solid from my time spent at JCC. 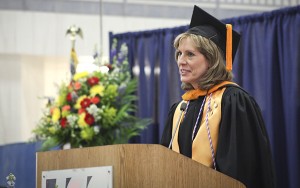 5.   What does it mean for you to have spoken at the 2013 Jamestown Community College Commencement Ceremony?

Speaking at the 2013 JCC Commencement Ceremonies at the Cattaraugus County Campus and at the Jamestown Campus were the most amazing experiences. It was great to be back to a place in which gave me my foundation for my education, for my nursing career, and for my life. It was truly an honor to speak at both commencements.  What an awesome experience! It is something that I will cherish for life.

If you dare to dream big, your mind will put itself in a focused and positive state. People who get into the habit of dreaming big are more likely to accomplish their goals than those who don’t. Don’t ever stop having goals, don’t ever stop having dreams, and don’t ever stop moving forward in life. So go out there and Dream Big! Think outside of the box.  Never settle. Always keep moving forward. And always have your goals and dreams in front of you for your reach. Always remember your days at SUNY. They are your foundation for your future. Your foundation is solid from your time spent at SUNY. Value your foundation and keep that same motivation and drive within you to get to that next step.