Catching Up With Winners of the Ying TRSEF at OCC

A little while back, we brought you the story of the Ying TRSEF at Onondaga Community College, a regional science fair that brought the spirit of learning and scientific inquiry to the previously fair-less Central New York region. Since then, the winners of the science fair have gone on to have exciting and prestigious awards and experiences.

First place winners received the Ying TRSEF Grand Award, allowing them to advance to the International Science and Engineering Fair in Phoenix, Arizona, which took place May 12-17. Scott Boltt from St. Lawrence County represented Northern New York with his project “Improving Car Aerodynamics: Testing CAD Models in a Self‐Engineered Wind Tunnel”. Two Erie County students from the Buffalo City Honors School also won advancement. One of the Erie County students, Yankang Yang, won one of the $1,000 Ying Scholar Awards with the project “Deletion of the P1 Promoter of Sialyltransferase ST6Gal‐1 alters B‐Cell Maturation in the Spleen”. 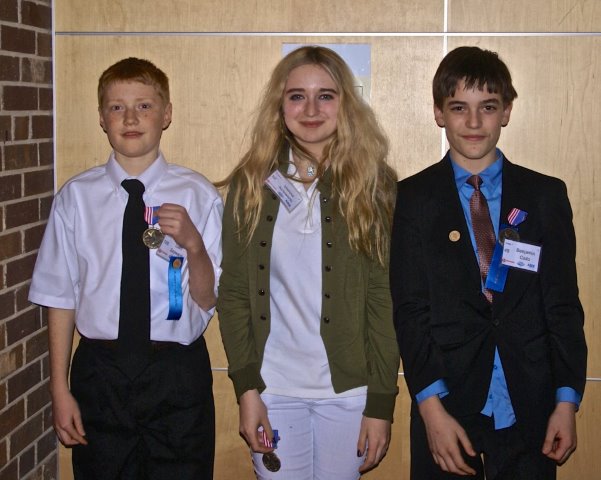 To top it off, a team of three high school students from the previously unrepresented Essex County in Northern New York were sent to represent the state in the national Stockholm Junior Water Prize competition as the Best in State winners! Their project concerned the use and design of biosand filters, a clean water filter for individual households commonly used in developing countries.

The Onondaga Community College STEM Initiatives Campus Award was awarded to William Eccleston of Broom County. His project – “E-Waste, Are You Part of the Problem?” – deals with the negative environmental impact of leftover and discarded electronic devices, as they leak lead, barium, and other heavy metals into the ground.

A complete list of winners can be found here: 2013 Ying TRSEF Awardees.