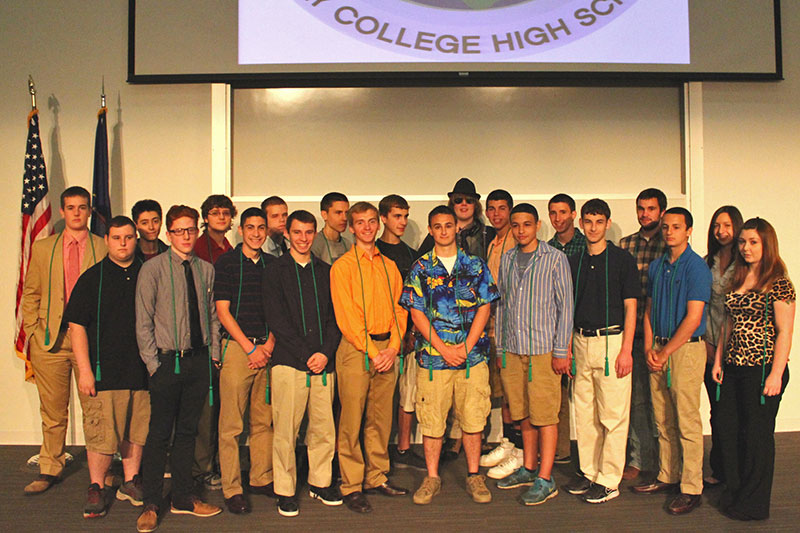 The Office of Early College Initiatives is proud to report that 98% of our Smart Scholars students are on track to graduate from high school this year. A staple function of the Smart Scholars program is that hard-working students can earn up to 60 transferrable college credits before they graduate high school.

To celebrate our graduating Smart Scholars, we highlight an inaugural graduation class, a Gates Millennium Scholar and an ECHS program that reports a graduation rate about one-third higher than the district’s rate.

Roosevelt High School in Long Island (partnered with SUNY College at Old Westbury) congratulates their senior, Glenda Sanchez, who  was one of 1,000 students nation-wide to receive a Gates Millennium Scholarship. More than 54,000 students applied for the scholarship making the GMS Class of 2013 the largest and most competitive group yet.

Buffalo Middle College ECHS (partnered with Erie Community College) reported an exciting 83% graduation rate for 2013 compared to the District’s 46%. With a total of 51 graduates, the class was almost even between male and female students.

Congratulations to all of the graduating Smart Scholars students state-wide. We believe that with their hard work and the college credits they have earned already, they are college-ready and set up for success.