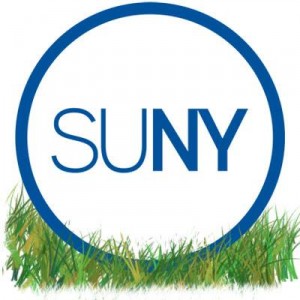 SUNY as a system maximizes the Energy Smart New York campaign every single day of the year; after all, 97% of the state’s population is within 20 miles of a SUNY campus.  As an economic driver in New York State, SUNY capitalizes on the opportunity to profoundly affect New Yorkers by instating smart, and sometimes bold, environmental goals.

This week looks to be the hottest of this summer.  New York City is under an extreme heat watch and Upstate New York is sweating under the hazy and humid heat. It doesn’t help you much now, but if a heat wave this fierce hits you in a couple years at SUNY Cortland or SUNY Canton, you will be able to blast your air conditioner guilt-free, thanks to green energy initiatives at both those schools.

Today, we focus on recent campus initiatives that focus on the environment, as well as how SUNY System Administration is doing their part. So, if the heat is leaving you hot and bothered, bring the temperature down with some cool SUNY stories!

Soaking Up The Sun 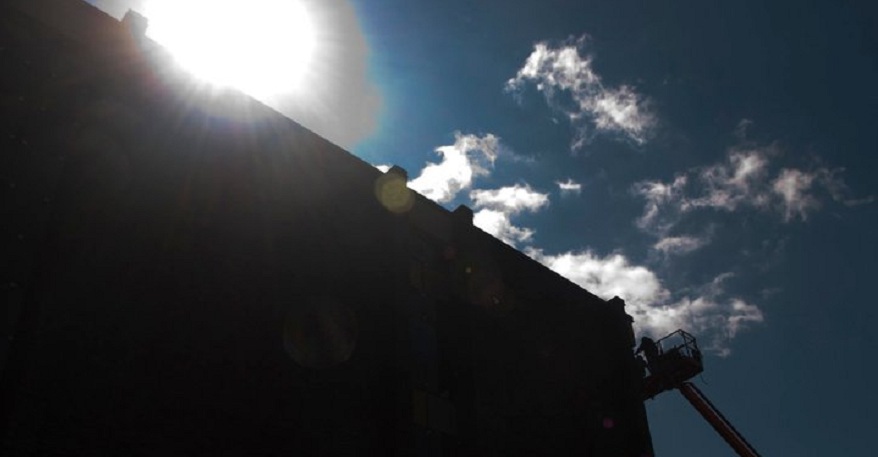 In a continued effort to reduce emissions, SUNY Cortland has been selected as one of only six colleges in the region to be awarded financially by New York State for a large-scale solar energy project. It will enable to school to construct a total of three different sites on campus to place the almost 700 solar panels.

Fred Pierce, Director of Public relations for SUNY Cortland, says it’s only the latest effort by the college to find ways to be more energy efficient. “A big part of this whole program for the state is to encourage the installation of more solar facilities, the use of more solar energy panels in New York State, so you do want the public to see it, you do want people to know it’s going on so they know it can be done and it should be,” Pierce said.

College officials say they don’t need full sunshine everyday to create power with the sun.
The college says that the northeast and New York State are often overlooked for solar power because of the perception it’s constantly cloudy.

“It will never be as efficient a source as it is in a place like Arizona or something like that, but it is something certainly, as technology continues to get better and more cost effective, can be used more and more and will be used more and more,” says Fred Pierce. Breakthroughs in solar energy have been improving solar efficiency, meaning that they can use more of the energy the sun exudes, something Cortland hopes to capitalize on.

In all, this project will equal about six percent of the college’s total annual energy use. Construction is expected to start early this fall and be completed by July of 2014, leaving SUNY Cortland a shade greener. 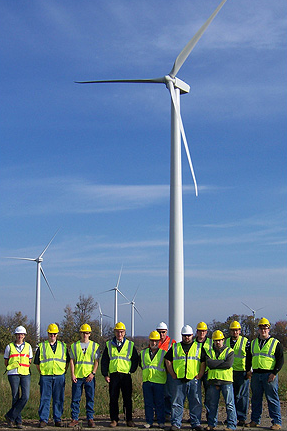 Speaking of green energy sources, SUNY Canton’s wind turbine project is looking to be an energy producer and a valuable tool to the study of green energy.

The college, in consultation with the New York Power Authority, is moving forward with the construction of a wind turbine that would provide electricity on campus along with supporting academic programming. SUNY Canton faculty and students would also gain a hands-on laboratory for studying alternative and renewable energy systems and electrical engineering technology.

After holding informational workshops in the spring to address questions and educate the public on green and wind energy production, SUNY Canton, working with the New York Power Authority, gave the go ahead to the project. The final design will be accepted in November, with the construction process starting in early 2014, with an expected finish date of Winter 2014.

But we can’t leave all the energy saving to our campuses! SUNY System Administration, as a New York State Agency, cuts its power by 15% during emergency situations such as heat waves. In fact, in order to fulfill the State Emergency Management Office requirement, all state agencies do so. Here at SUNY Plaza, elevators shut down, the temperature of the building goes up, and our employees make sure to be mindful with extra electrical items such as computers, lamps, and wall chargers. In order to save energy and conserve, we, like everyone else, are extra mindful of our energy use!