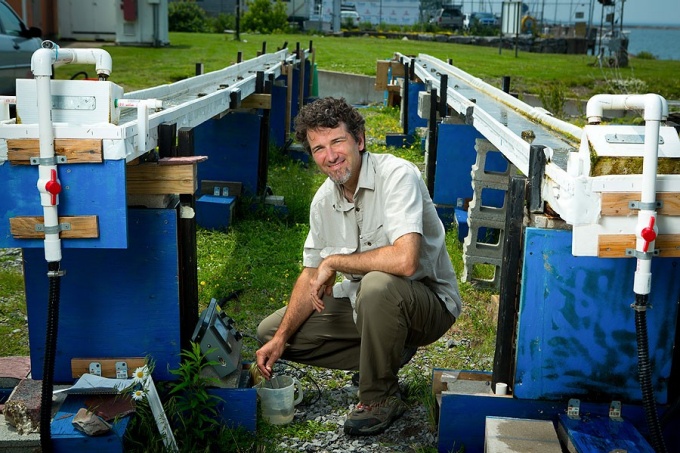 The increased awareness surrounding global warming and the increased demand of global energy supply over the last few years has got scientist in a frenzy to determine a way to produce a renewable energy source – and possibly halt pollutants. David Blersch, an environmental engineer at the University at Buffalo, is asking the question – could the large algae blooms that have been blamed for fish kills, beach closures and other problems that harm the Great Lakes and its tourism industry be a new source of bioenergy?

We may not be running out of energy resources, but the price of continuing with oil and fossil fuels as our primary energy source is a heavy one. Not only are our wallets taking a hit – our environment is also paying the price.

Burning fossil fuels, including coal and petroleum, at extremely high temperatures (combustion) is the primary means by which electricity is produced, but it is also leading to heavy concentrations of pollutants in our air and water.

Fossil fuels are the leading greenhouse gas emitters in the world – contributing 3/4 of all carbon, methane and other greenhouse gas emissions. Though the atmosphere already absorbs a ton of greenhouse gases naturally, the problem is that it is trapping up to 25 percent more of the sun’s radiation due to the increase in emissions each year. Current studies have shown oxygen-deprived (hypoxic) dead zones in water ways from large algae blooms may have a far bigger impact in fueling more global warming and growing bigger atmospheric ozone holes due to the elevated levels of nitrous oxide (N2O) produced in hypoxic waters.

Blersch and his students, funded by a $30,000 Rochester Institute of Technology grant, built two 40 foot flumes that pump water ashore along the Great Lakes. The flumes then recycle that water into the lakes leaving behind microscopic cells that form miniature algae blooms. The algae is vacuumed and bottled into samples to study.

Blersch is creating a database that will help scientists, government, industry and others gauge the algae’s potential to solve the environmental problems that threaten the great lakes and its possible use as biofuel.

Read more about this research at the University at Buffalo News Center website.