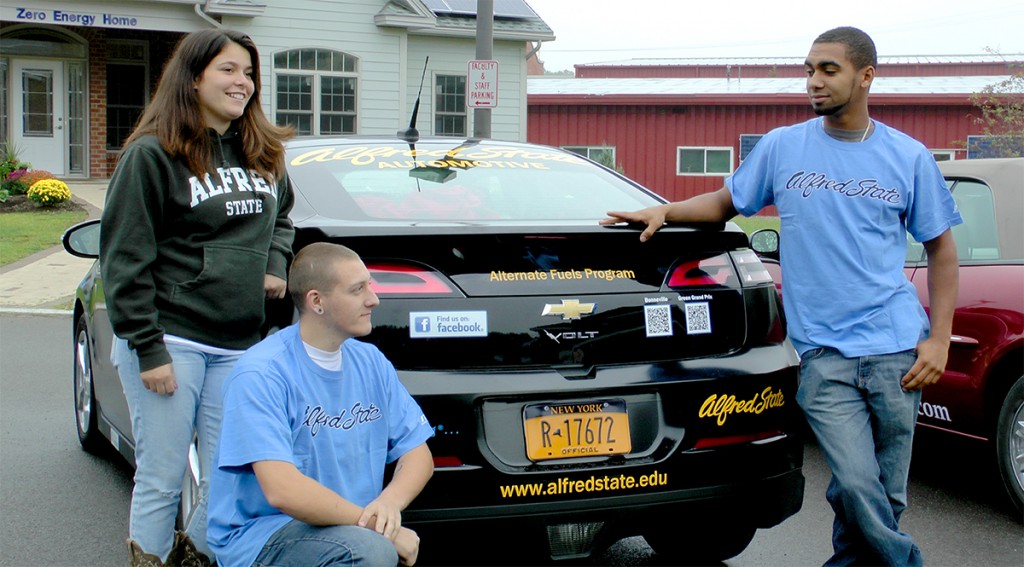 Three Alfred State students set off for Colorado this September, where they embarked on an epic 2,500-mile cross-country trivia game called The Fireball Run. This contest saw participants traveling from the forest Northwest to the desert Southwest all in an effort to help raise awareness about missing children. Their trip started in Longmont, Colorado, and ended in Riverside, California.

“There’s not only a common interest in helping the community among the contestants but also a passion for racing and traveling,” says Canada native and 2013 Alfred State automotive graduate Ryan Dontoh. “This experience is going to open every door possible for me.”

The 2013 Fireball Run is an innovative adventure that pits all stars and movie cars against each other in a battle of wits, filmed and broadcasted live on the Web. To navigate the route and score points, teams must solve clues related to history, science, nature, theology, pop culture, and virtually any fact tied to their geographical location. And three Alfred State students — Olivia Barszczewski, Nicholas Bigelow, and Ryan Dontoh—were hand-selected to participate after helping restore Fireball Run Executive Producer JJ Sanchez’s 1978 Rolls Royce Silver Wraith II. They will be joined by Jim Gerbec, senior autobody repair instructor, in Alfred State’s iconic Chevrolet Volt.

“The connections we will make going on this trip will be phenomenal. And I’ve never been to any of these places, so I’m definitely excited,” says 2013 autobody repair student Nicholas Bigelow of Williamson before starting the race. “Anything can happen.”