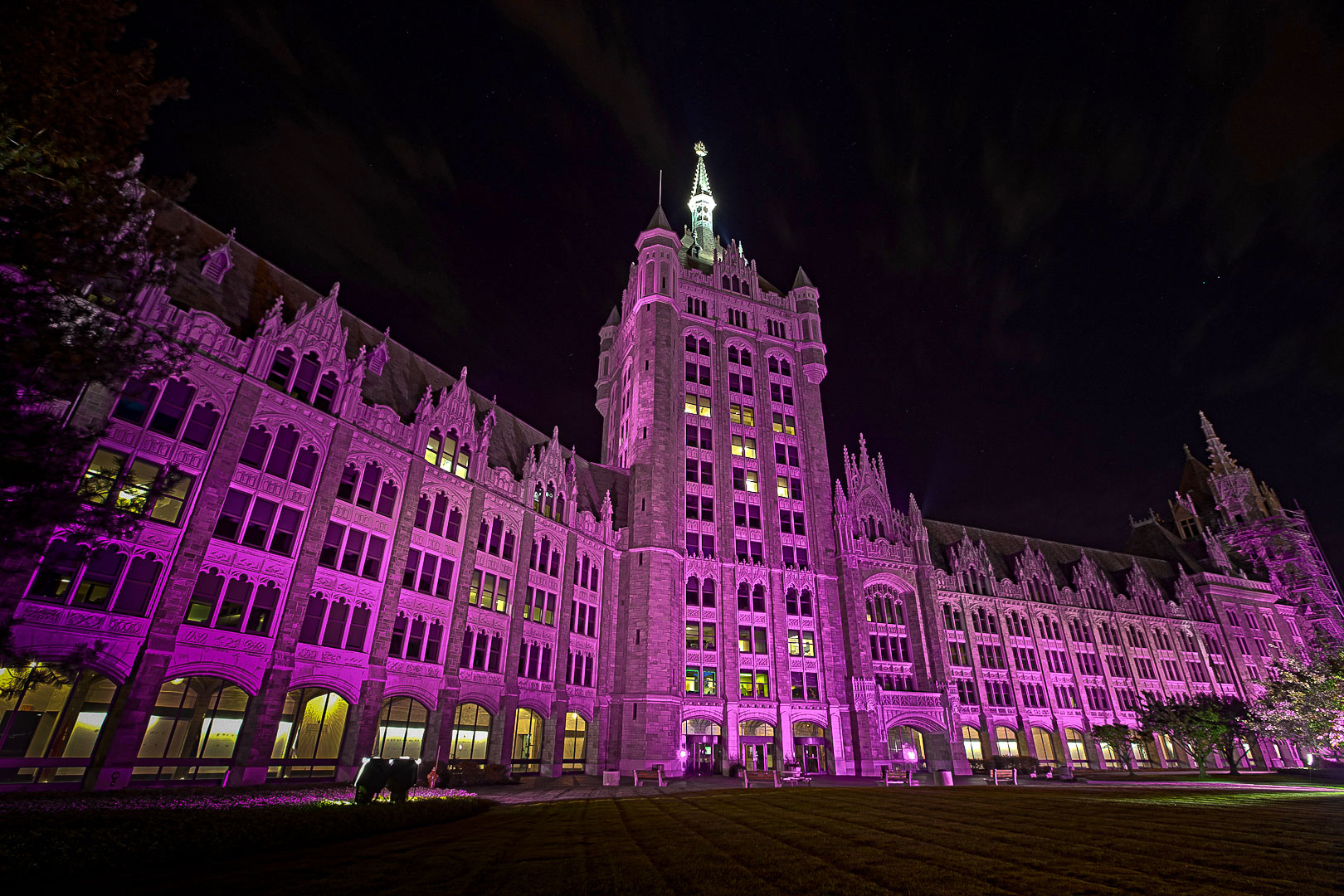 State University of New York Chancellor Nancy L. Zimpher this week announced that the SUNY Plaza building in downtown Albany will again be lit with purple lights for the month of October, as part of the NYS Office for the Prevention of Domestic Violence (OPDV) “Shine the Light on Domestic Violence” campaign.

OPDV has also designated Oct. 16 as the date to “Turn the NYS Workforce Purple,” and is encouraging all New Yorkers to wear purple to work.

“Public awareness can be a highly effective change agent in domestic violence among New Yorkers,” said Chancellor Zimpher. “SUNY is proud to participate in the ‘Shine the Light’ campaign in downtown Albany and at our 64 campuses throughout New York as we take a united stand against domestic violence.”

SUNY Plaza, formerly the Delaware & Hudson Railroad Building, was built in the early 1900s when it was determined that an attractive plaza and surrounding buildings would be a preferred backdrop for the State Street neighborhood, instead of the large railroad yard, passenger and freight trains, and railroad bridge that bordered the waterfront. The central tower of SUNY Plaza is 13 stories high and capped by an 8-foot-tall working weathervane that is a replica of Henry Hudson’s Half Moon.

The SUNY Plaza flood lights that shine on the face on the building will be tinted purple every Monday through Friday night in the month of October.

In addition to participation at SUNY System Administration, many of the SUNY campuses across New York will also raise awareness for domestic violence in the month of October, including:

Among these campuses recognizing the event is Mohawk Valley Community College, which is lighting Payne Hall for the month.

This is OPDV’s sixth year to “Shine the Light on Domestic Violence” by turning the State purple. In the past, landmarks such as Niagara Falls, the Empire State Building, bridges, colleges, and statues were illuminated purple for a day, a week, or the entire month. In addition, main streets and public vehicles have been adorned with purple flags, and employees, hospital staff, and small business-owners have dressed in purple or worn purple ribbons.

Help is available for all victims of domestic abuse. Call OPDV at 1-800-942-6906 or visit the OPDV website for more information.