Students in Onondaga’s Architecture and Interior Design Club dedicated themselves to helping others. Their invaluable work resulted in them enhancing their academic and curricular experiences, and earned them recognition from the White House. Students participated in three major projects:

For contributing more than 500 hours of community service within a 12-month period, the Architecture and Interior Design Club earned the President’s Volunteer Service Award, silver level. The accomplishment was noted with both a personalized certificate and a congratulatory letter from President Barack Obama. The club is part of Onondaga’s Student Association which helps fund activities through fees students pay.

Students said the events they participated in had a lasting impact on them. “The spring break trip allowed me to get to know my classmates and feel part of something bigger. It also helped me see how I could give back professionally once I complete my degree,” said Sarah Campbell, an Interior Design major from Hannibal. Jeff Anthony, an Architectural Technology student from Sackets Harbor, said giving his time has been a lifelong priority. “Volunteering has always been a part of who I am, from high school to becoming an Eagle Scout to now. It’s a basic compass for my actions. It’s contagious and just good karma.”

Teresa Godiers is an Associate Professor and Department Chair of Architectural Technology and Interior Design. She sees tremendous value in the students’ community service. “It’s all about working together, camaraderie, leadership, coming together to achieve a goal, and at the same time applying what you learn in the classroom. It’s an experience they will always remember.” 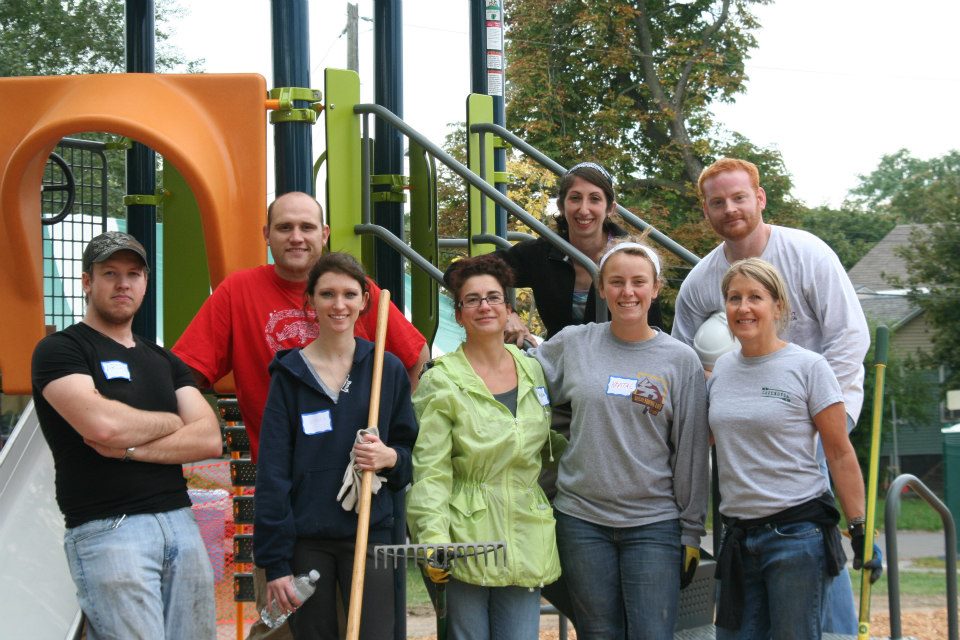