In addition to their day’s labor in support of S.A.L.T. (Schoharie Area Long Term) recovery, Hudson Valley student volunteers also helped with the annual Equinox Thanksgiving dinner that serves more than 10,000 homeless, shut-in and poor individuals in the Capital Region; spearheaded a collection of personal care items for clients of Joseph’s House and Shelter in Troy, and organized an interfaith speakers panel to promote campus and community-wide understanding of Muslim beliefs, practices and culture.

“Helping the community is a wonderful, spiritual principle that unites us all,” George said.

When he learned of President Barack Obama’s Presidential Interfaith and Community Service Campus Challenge – which asked college students to come together and participate in meaningful service to their communities, George thought it was an excellent opportunity to increase the visibility of these community service projects and to encourage students to undertake more projects. More than 250 colleges and universities participated in the challenge. George traveled to Washington DC to accept Hudson Valley Community College’s certificate of participation from Arne Duncan, United States Secretary of Education, and a letter of commendation signed by the President Obama.

Another group of Hudson Valley students – members of the Entrepreneurship Club and Student Senate – traveled to Staten Island, where they spent a day assisting with the recovery effort following Hurricane Sandy that struck in October 2012.

Student organizer Nicole Schubert said the group chose to work in Staten Island because it was one of the hardest hit areas and often called the “forgotten borough.” The group worked under the auspices of the Siller Foundation, a local organization, moving furnishings, hauling out debris, cleaning and painting in areas where help was most needed. They also delivered five boxes of toiletries that were donated for the hurricane victims. 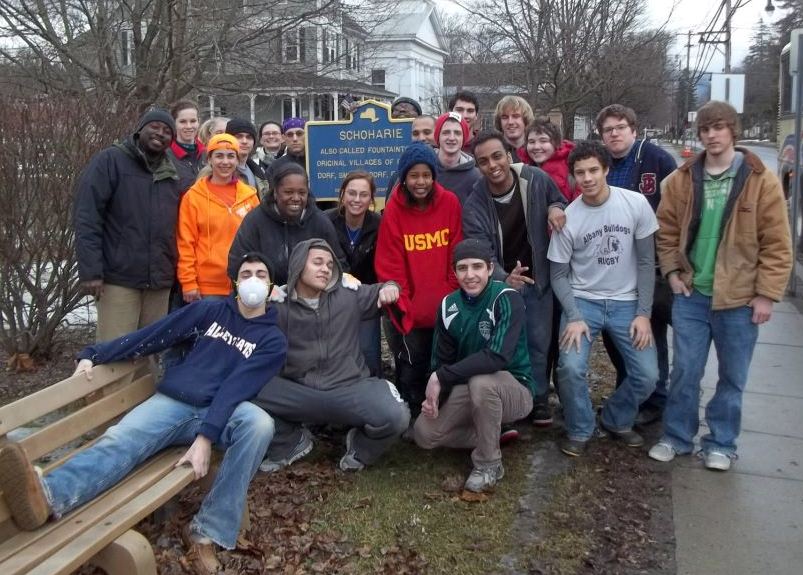