Rockland Community College students along with the advisor for the campus chapter of Habitat for Humanity joined forces with the RCC student veterans group to participate in a local “Homes for Heroes” project. Homes for Heroes mission is to provide or coordinate financial assistance and housing resources to our Nation’s Heroes such as Military personnel, Police/Peace Officers, Firefighters and First Responders who demonstrate neediness. The groups volunteered their time and energy by doing construction, landscaping and raising funds for homeless veterans in Rockland County. 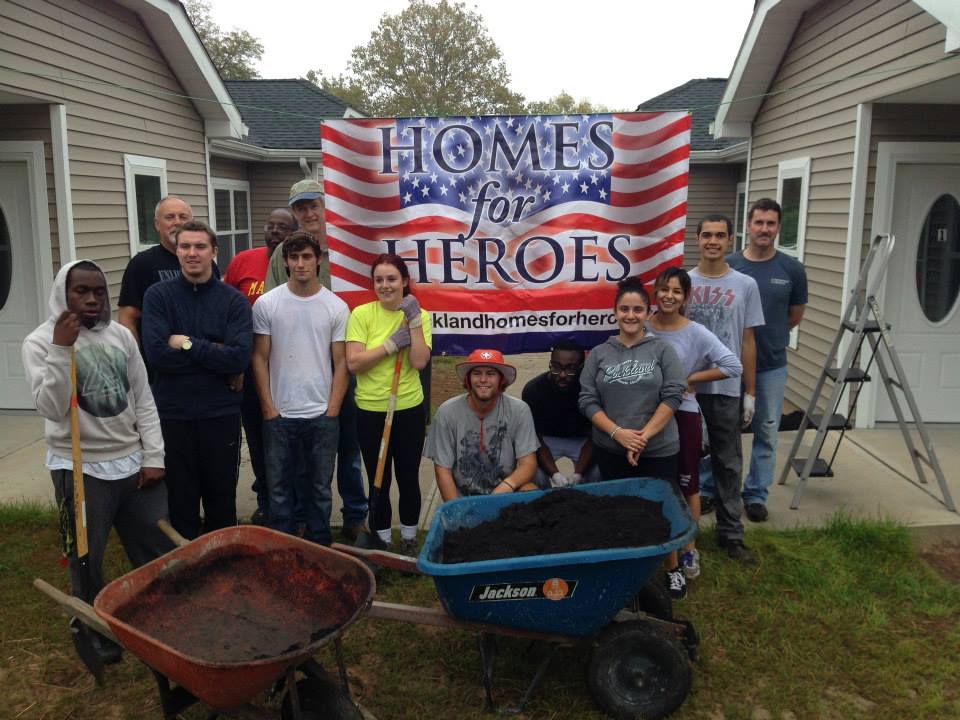 Rockland Community College students also held their very own Homes for Heroes Dodgeball Tournament. A total of 23 participants formed into 5 teams to not only raise money but to crown the schools best dodgeball team. Together they raised $145 to help their local Veterans.