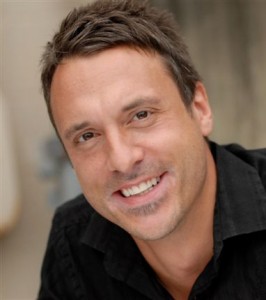 Aidala produces and hosts The Brew Ha-Ha Comedy Showcase – an award-winning professional touring showcase that has been featured all throughout the Northeast and New York City, and enjoyed by over 10,000 people! Launched in 2006, the showcase consists of performers who have been seen on national television anywhere from The Late Show with David Letterman, The Tonight Show with Jay Leno, The Late Late Show with Craig Ferguson, Late Night with Jimmy Fallon, Conan, Jimmy Kimmel Live!, NBC’s Last Comic Standing, Comedy Central, HBO, MTV and VH1.

Aidala was voted ‘Best Local Comedian’ in Albany, New York by The Albany Times Union Readers’ Poll in 2007, 2008, 2009, 2010 and 2011. In 2012 & 2013, Greg was voted ‘Best Local Comedian’ by the Metroland Alternative Newsweekly Readers’ and Staff Poll. Aidala is a regular at comedy clubs in New York City and has been featured in television commercials and short films.

1.   Why did you choose to attend Hudson Valley Community College and the University at Albany?

I chose Hudson Valley Community College because I always wanted to be a Viking. When I was a child, my friends wanted to be policemen or cowboys. Not me. “I want to be a Viking!” I’d say. I jest of course. The real reason is I’m one of eight children. My parents attended private colleges, but when you’re part of a family that makes up a basketball team plus 3 substitutes, the SUNY system is the way to go. I also attended the University at Albany after HVCC, and had a blast at both schools.

2.   You now operate an entertainment company, Radial Gage Entertainment, based on your work as a comedian. How is the experience running an organization different than just participating in it?

Yes, I formed Radial Gage Entertainment in 2005. But allow me to preface your query with the following:

Entrepreneurialism runs deep in my DNA. My family owns and operates Quail Auto Sales in Albany, New York – which was founded by my grandfather in 1943. Being raised around a family business, I had the fortunate experience to have been introduced to many successful independent business owners that worked hard, and did so on their own terms. That type of discipline and dedication combined with my hard-wired DNA for entrepreneurialism really appealed to me. I feel that true entrepreneurialism comes from passion. It’s not a spreadsheet thing; it’s a soul thing.

Furthermore, the experience of running an organization makes my personal performances even better, yet there is much more work involved when producing a show. Every single aspect of the show falls onto my shoulders. I have to book the venue, make up promotional material, book the talent, apprise the newspapers / social networks of the show, set up my sound system and do a sound check early in the morning, I have to be there over an hour before the show starts, and I’m there long after the show ends greeting people until the last one has left. There’s a deeper sense of gratification and appreciation for the craft of stand-up, and entertainment as a whole. I’m also more aware than most in the business because I can balance the ‘show’ and the ‘business’ aspects of entertainment, which has allowed me to be more honest with my writing, and more confident in my business skills.

Well, that’s a little difficult to do, seeing we’re not all in the same room. But what I can do is tell you about a couple of observations I’ve made as of late:

1. We in this society care more for animals than we do fellow human beings.

Example: Have you ever been cruising in your car with some friends and a squirrel runs out in front and everybody freaks out? “Did you hit the squirrel?!” “Nope, I see him in the rearview mirror. Phew, we almost hit that squirrel!” Then, a half block down the road a human being will cross the road in front of your car – perhaps jaywalk to get to an important business interview. Everyone has the same response: “Look at this a-hole – doesn’t he realize we almost hit a squirrel back there!”

2. The fine folks at Verizon aren’t that bright.

Example: If you use Verizon, the next time you get your bill, take a gander up in the right hand corner of the return envelope. It states the following: “Don’t have a stamp? Pay your bills online at verizonwireless.com.” Well, if I don’t possess a forty-six cent stamp, what makes these people think I own a computer?

I’m an early riser, and I like to start drinking the heavy stuff early – that’s right, freshly squeezed orange juice. I’ll then take a nap. Get up, have more orange juice, and then its off to the office…AKA my computer. I’ll scan a few different newspapers to check in on what’s happening in the world, and to see what could possibly be turned into material. Most of my days during the week consist of scheduling and booking shows and events. Aside from owning my company and performing on shows, I produce and host my traveling comedy showcase, The Brew Ha-Ha Comedy Showcase – which I launched in 2006 and recently surpassed the 10,000 person attendee mark. In 2008, I was introduced to the television commercial world, and now can be seen in numerous commercials that air throughout the Northeast. Also in 2008, I began teaching stand-up comedy workshops to which I’ve taught over 100 students.

Most important to me though, is being involved in charity work. Throughout the years I’ve been involved in events for my church, The American Cancer Society, Make-A-Wish, Northeast Kidney Foundation, Autism Society of America, and Career Days for both middle schools and high schools. All of the above mentioned take up a great deal of my time, but its so rewarding. I’m very fortunate and thankful for my career.

5.   What is the biggest challenge you have overcome and what did you learn from it?

Good question. I’d say the biggest challenge was how in the hell was I going to get more involved in a business that was so foreign to me? So as the old adage goes, I started ‘knocking on doors’ looking for work (stage time). I was lucky early on to get booked at a club that had me hosting 5 shows a week for 6 weeks. I began to see the behind-the-scenes make-up of shows, and it was there I was told that I had great comedic hosting skills. Shortly after those shows, I met my now longtime (and very funny) comedian friend, Jesse Joyce – who introduced me to the New York City comedy / entertainment scene. He had spread the word of my hosting and producing skills, and its from there, that my talent roster really started to build. I learned that even in this age of super advanced technology, nothing compares to word of mouth advertising.

So the lesson: Be professional. Live up to your word. Rinse. Repeat.

6.   Overall, how did your college education help prepare you for life and your career?

What made my education special was being introduced to many types of people with beliefs both similar and different from my own. It enabled me to become more receptive to change. That’s a very important lesson – especially in the entertainment business which changes every single day. You need to be resilient in all walks of business, and learn how to balance out your daily trials.

This may sound cliché, but follow your hearts and dreams! Don’t let anyone tell you you can’t do something. Everything is possible in this world with hard work, passion, sacrifice and dedication. Also, don’t be afraid of failure. The only time you fail in life is when you don’t try. Surround yourself with smart, positive, hard-working people – it’ll pay off in the end. And lastly, you get one ride on this carousel ride called life. So remember to have fun and laugh often!