The honor of singing the National Anthem at the Super Bowl is one that would be coveted by any musician. The globally televised event draws over 100 million viewers and kicks off with a rendition of the patriotic tune. This year, the honor has been bestowed upon four-time Grammy winning opera soprano, and SUNY Potsdam Crane School of Music alumna Renée Fleming.

Fleming is a 1981 graduate of SUNY Potsdam’s Crane School of Music, where she studied voice with Patricia Misslin. In her freshman year, she was chosen to sing a solo in the Bach B-Minor Mass. She was also chosen as a soloist for the 1980 Winter Olympic Games in Lake Placid, N.Y., where The Crane School of Music provided all of the ceremonial music. Renée is remembered by many SUNY Potsdam alumni for singing jazz downtown to support her studies in her free time. After graduating from Potsdam, she went on to graduate studies at the Eastman School of Music, was a Fulbright Scholar, and attended the Juilliard School. 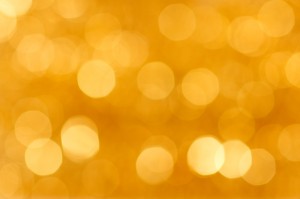 Big Ideas
May 3, 2022October 26, 2022
Student athletes face many demands in today's competitive environment. In addition to the realities of everyday student stressors—whether that be...
Taryn Rackmyer
January 7, 2020January 8, 2020
Home to over 290 undergraduate programs in visual and performing arts, SUNY campuses are where art thrives. Diverse artists are...
Julie Maio
October 2, 2019October 3, 2019
Sculptor Yaacov Agam once said, "There are two distinct languages. There is the verbal, which separates people, and there is...
Taryn Rackmyer
October 1, 2019
College athletics is a big deal across America. Big and small schools spanning Division I to III and all the...
Taryn Rackmyer
July 30, 2019
[caption id="attachment_38665" align="aligncenter" width="1000"] Art piece titled Untitled by Riku Iwanami, a student at Rockland Community College.[/caption] SUNY students are...
SUNY Oneonta
April 10, 2019April 10, 2019
What does it take to be a number one hit in music these days? Aside from talent, every artist needs...