Gillian Kuhlman, a senior studying broadcasting at SUNY Oswego, is without a doubt living the glamorous intern life.

This spring semester, Kuhlman has landed the internship of a lifetime at MTV. Her internship has placed her at the front line of some of the hottest shows on television, as she works this semester in the talent and casting department. There, she is responsible for researching new talent, assisting with casting calls, as well as working directly on the development of new shows. Kuhlman is definitely on the fast track to gaining real-world experience outside of the classroom.

The road to MTV, however, wasn’t easy. But her education from SUNY Oswego led her there. 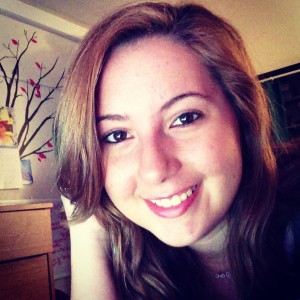 “SUNY Oswego gave me a lot of confidence coming into this internship. Through my video production and communications classes at school, I was able to learn skills that are impressive, even to executives at MTV,” says Kuhlman. “A couple semesters at WTOP during the beginning of my time at Oswego helped give me some confidence as well. SUNY Oswego was definitely the best place I could have attended to give me the hands on skills I needed to work in the industry.”

Throughout her college career, Kuhlman has held six internships which have helped her cultivate a knowledge and passion for this industry. She has previously interned for production studios and television stations including ‘Bridge Street Morning Show’ on WSYR and Half Yard Productions (the production company behind TLC’s “Say Yes to the Dress”), among other internships pertaining to her broadcasting major.

In addition to interning, Kuhlman remains focused on her education at SUNY Oswego. She is currently enrolled in two online classes(!) on top of working five days a week at MTV, which requires her to balance school, work, and social activities.

Kuhlman says, “The best way for me to overcome these obstacles is to look forward to the future and picture what is to come… I really just try to stay positive.”

Ultimately, Kuhlman wishes to pursue a career as a television producer. Through her education, internship experience, and dedication, she is undeniably capable of attaining this goal.

A New Online Education
Seamlessly access all 64 SUNY campuses—wherever and whenever you want.

Interning is a vital step for moving forward into a future career. With proper preparation and commitment to the position, internships can bring real world experience as well as a leg up on the competition after graduation.

“The best advice I could give to those beginning a new internship is to be confident in your abilities. I have been an intern at several places and while it can be scary to begin, you have to show them what you’re made of. Take each task you are given and do it the best you can. You are given the opportunity to have a real world position while you are still a student, so make the most of it!”

Kuhlman is proof that with hard work, anything can be accomplished as long as you set your mind to it and never give up.