where to buy viagra pills 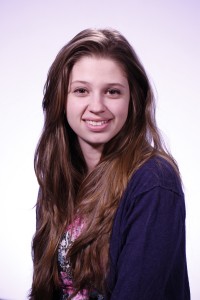 SUNY Oneonta senior Jill Massey will sing Johannes Brahms’ choral masterwork “Ein deutsches Requiem” as a chorister with the Philharmonia Chorus on Sunday, Feb. 23, at the Royal Festival Hall in London. Massey, a music major from Bloomville, N.Y., submitted a video audition in December after being encouraged by Associate Professor of Music Timothy Newton, who will also be singing in the performance.

The audition included three sections from the Brahms piece, sung in German, and another song in Italian. Massey said the director was impressed with her singing, but said her Italian needed work. So, she practiced like crazy over the winter break and submitted a second audition tape. After classes resumed in January, she found out that she’d made it— and has been practicing every day since.

Massey and Newton left Sunday for a week in London, where they will rehearse for the performance and take in some culture. “I really want to see everything,” said Massey, who has traveled as far as Arizona but had never been out of the country before.

Newton said this is the first time a SUNY Oneonta student has received the opportunity to perform on such a noteworthy international concert platform. Founded in 1957, the Philharmonia Chorus has become one of Europe’s premier symphony choruses. The chorus, made up of top London amateur singers and professionals from performing organizations and conservatories, will be accompanied by the Philharmonia Orchestra during the 70- to 80-minute piece.

Although she admits to being a bit nervous at the thought of performing in such talented company, Massey said she’s excited to be a part of something so big. “Dr. Newton keeps telling me about how awesome it’s going to be with 150 people singing something they know so well, because they have it memorized, and then there will be this great orchestra playing underneath, like a wave.”