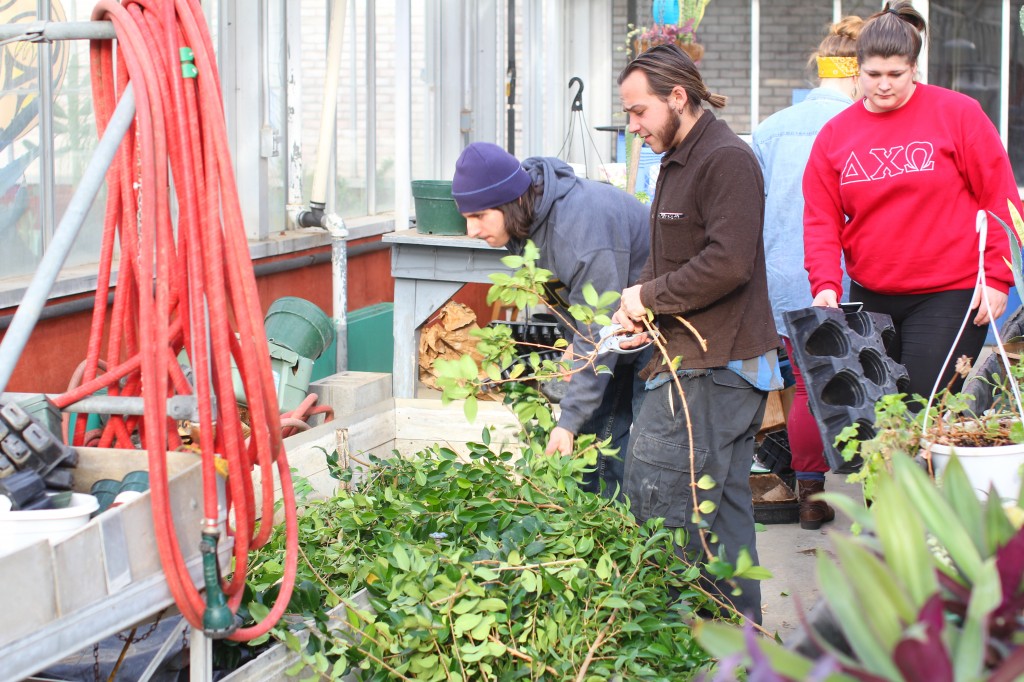 Every year in late January, Alfred State and Alfred University students brave the cold for a good cause—heading out into the community in honor of Martin Luther King, Jr. and his legacy of social justice and civic engagement during the annual MLK Jr. Dream Week Day of Service.

“It was sincerely appreciated. Our school is now shining and sparkling,” said Carman Banzaca, executive director of the Alfred Montessori School. “The children and staff will be so thrilled.” This event rounded out a week of programming on both campuses in commemoration of the holiday and its namesake.

“Two of the most important outcomes of this event are the relationship building and fostering greater awareness of the challenges and opportunities in our larger community. I definitely see this day as a launching point for further civic involvement by our students,” Jonathan said.

Alfred State and Alfred University were recently awarded a New York Campus Compact 2014 MLK Collegiate Challenge Grant. Only a dozen schools in the state received the honor. Both institutions will collaboratively use the funds to honor the life of Dr. King by inspiring students to serve and helping members of the community to work together to address community challenges.

Elise is Director of Applied Learning at SUNY System Administration.