How accurate is ‘House of Cards’?

The wildly popular Netflix original series House of Cards has been critically acclaimed and nominated for several awards for its depiction of a ruthless, conniving political environment in Washington D.C. Following the protagonist – or is he the antagonist? – Frank Underwood, as he exacts revenge on the White House, the show portrays the dirty side of politics and political journalism. The series, now in its second season, attracts a variety of viewers who can’t get enough of its dramatic plot twists and wicked characters. Add the fact that the entire series is available to watch instantly on Netflix, and you have the recipe for an award-winning show that can compel over 600,000 viewers to “binge-watch” an entire season in one day! 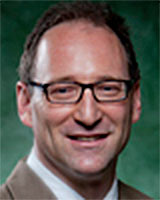 While the show has proven to score big in entertainment factor, it raises some skepticism and questions about the political drama it attempts to portray. So we turned to our SUNY experts to see if we could learn more. Professor Jonathan Krasno, a professor and scholar of political science at Binghamton University offered us some insight.

Pointing out the outrageous levels of drama that occur in the plot, Krasno found it difficult to sit through an entire season of House of Cards. He contends that if the political environment of Washington were really like that of House of Cards, no politician would last very long.

“The endless quest for power? Eh maybe [for] some people. But I don’t actually think that that’s how it works for the vast majority of people who are involved in Congress. It’d be too exhausting,” says Krasno. The Frank Underwoods of the world are few and far between. And even if they did exist, American politics would certainly not permit behavior such as his. “It’s easy to assume that lying is an epidemic [in Washington] – and there’s certainly plenty of it. But I’m not sure there’s a lot more there than there is almost anywhere else.”

The show piques viewer interest by touching on issues such as corruption and campaign finance. While Professor Krasno can agree that corruption can exist in politics, he finds that the show overly exaggerates the amount of corruption that happens on Capitol Hill. “There are moments that can be cut throat. [For example,] leadership struggles… you’re trying to cut deals and get blocs of votes. It’s plausible to imagine that that’s how that stuff works,” he says. “On the other hand, the idea that this would permeate every waking moment of your life, I don’t know how [politicians] would live through that.”

Much of Professor Krasno’s research is focused on campaign financing – a topic that is at the forefront of our American political system and that is highlighted in the show as Underwood manipulates and conspires with interest groups and lobbyists. Krasno finds that there is certainly a need for campaign finance reform.

“I’m not sure that the system is hopelessly corrupt, but there’s a ting of corruption that kind of exists more or less through almost every transaction. And I don’t know that short of something pretty dramatic that you can do away with that. Campaigns need money and people want to support campaigns, and so the question is ‘how do you organize the system so that it’s not completely out of control?'”

Whereas the popular television show West Wing reflected American politics in a less egregious manner, House of Cards plain out makes the political scene look evil and utterly UN-democratic. Krasno attributes this negative perception to today’s current political environment, where Democrats and Republicans alike hold low approval ratings from citizens and where the government can shut down for weeks at a time due to political pettiness.

“We’re living in a particularly difficult time… So it’s easy to be pretty cynical if you’re an observer. And if you’re a Hollywood producer making a show about politics, and had to choose between a script that said ‘we’re going to show that politicians are nice people,’ or a script that shows ‘politicians are the most horrible, relentlessly-striving and corrupt group imaginable,’ I think it’d be a heck of a lot easier to sell the second one. And I think the reality is somewhere in between.”

Krasno believes the intersection of politics and entertainment is alright as long as individuals understand shows such as House of Cards are heavily weighted on the entertainment factor and less on truth. While the show does well at getting people interested in American politics, it’s important for viewers to understand that the show is solely a vehicle for entertainment and not of reality.