Our alumni have changed the world.  Whether they’re an astronaut, world-famous singer, doctor, policymaker, or entrepreneur, SUNY’s global impact becomes stronger every day. One group of professionals that continue to have an impact on our lives everyday is news anchors! We invite them into our homes, engage ourselves in their conversations, and ceremoniously wait for them to tell us their forecasts for the upcoming week.

From reporting hard-hitting news, commentating the NFL playoffs, to covering the weather, these newscasters perfected their craft at SUNY and have gone on to become prominent figures in media and our daily lives.

(We know this is only a very small sample. If you think your local anchor should be in this little collection, leave a comment at the bottom or connect with us on Twitter!)

Jenna Wolfe is a weekend news anchor for NBC’s Today Show. Wolfe began her on-air career in 1996 as a news and sports reporter for WICZ, a station near her alma mater, Binghamton University. She is the first female sportscaster for WPHL in Philadelphia and has also anchored MSG SportsDesk and at WUHF, WICZ, and WABC.

Al Roker is weather and feature anchor for NBC’s Today Show, as well as accomplished author and actor. Roker began his career on television following his graduation from SUNY Oswego and has ever since kept close ties to the upstate New York college, including contributing to the Al Roker Television Studio and giving SUNY shout-outs on national television.

Steve Levy is an anchor on ESPN‘s SportsCenter. Throughout his career, he has done play-by-play for numerous athletic events including NHL regular season and playoff games, as well as college hockey and football broadcasts. Steve also hosted NHL 2Night on ESPN and co-hosted The NFL on ESPN Radio. Levy graduated from SUNY Oswego in 1987.

Linda Cohn is considered a pioneer for woman sportscasters and is the current anchor on ESPN’s SportsCenter. She authored the popular book, Cohn-Head, which tells her story about breaking into sports news. Cohn can probably be seen with colleague Steve Levy (above) at a SUNY Oswego hockey game supporting her alma mater.

Dawn Fratangelo has been a reporter for NBC News, including Dateline, Today, Nightly News, and MSNBC since 1996. She is well-known for her extensive coverage on major happenings in the United States. Fratangelo graduated from SUNY Plattsburgh in 1982 with a degree in communications.

Patrick Cavlin is a meteorologist for News 12 Brooklyn in New York. Just one month following graduation from SUNY Oswego in 2013, Cavlin landed a spot on News 12, likely due in part to his experience as the Chief Meteorologist at the campus television station, WTOP-TV.

Benita Zahn is the co-anchor for WNYT in Albany, New York and co-producer and host of “Health LINK” on WMHT. She has been named on the list of the 100 Women of the Century by Albany-Colonie Chamber of Commerce and received three Emmy nominations. Zahn graduated from SUNY Oswego in 1976 and works with fellow SUNY alumnus, Mark Mulholland (below).

Mark Mulholland is a weekday general assignment reporter for WNYT’s evening newscast. He first delved into broadcasting as a radio news reporter for WWSC/WYLR while taking classes at SUNY Adirondack and attending The College at Brockport. He joined Albany’s WNYT in 1993 and seemingly never looked back!

Glenn Johnson is the chief meteorologist of WHAM in Rochester, New York and a member of the National Weather Association and American Meteorological Society, of which he was awarded their Seal of Approval. Johnson was recognized by his alma mater by being awarded the The College at Brockport Award for Community Service in 2005. Johnson joins colleagues Norma Holland and Marty Snyder on this list!

Marty Snyder is the morning meteorologist on Rochester’s WHAM, CW 16, and The WHAM Morning News on 1180 WHAM. Snyder earned a degree in meteorology at SUNY Oneonta and, like Glenn Johnson, has been awarded the American Meteorological Society Seal of Approval.

Norma Holland is the current anchor at 13 WHAM’s News This Morning in Rochester, New York. While attending SUNY Geneseo, she interned for 13 WHAM, which launched her career as a successful newscaster. Holland is also an active member of Latinas Unidas, a latina women’s networking group.

Ted McInerney is a meteorologist for CBS42 in Alabama where he battles strong forms of nature such as tornadoes, hurricanes, and floods. He he won an Associated Press Award in 2011 and an Edward R. Murrow award for his coverage on a historic tornado outbreak in April of 2011. McInerney attended Buffalo State College and earned degrees in Geography, Meteorology and Climatology.

Elizabeth Hashagen is the co-anchor on News 12 Long Island’s Morning Show. Throughout her career, she has won 9 Emmy Awards, 2 National Headliner Awards, been named Top Female Journalist by the Newswomen’s Club of New York, along with winning many more local and regional awards. Hashagen graduated from SUNY Cortland in 1998.

Elizabeth Hopkins is an anchor for Boston’s FOX25 Morning News. She graduated from Rockland Community College with an A.S. in Business Administration and Marketing. Later graduating from a New Jersey college with a degree in Communication Studies, Hopkins has been nominated for an Emmy Award for her superior journalism style.

Asa Stackel is an anchor and reporter at WWNY in Watertown, New York. Stackel is completing his degree in broadcast journalism at SUNY Oswego, following in the footsteps of many great broadcasters before him!

Michelle Imperato is an anchor for KSBW in California and is the recipient of two New York State Broadcasters Association Awards for Outstanding Public Affairs Series, as well as voted Long Island’s Best Local TV Reporter in 2011. Imperato studied Media and Communications at SUNY Old Westbury and also committed to complete her four-year degree in New York.

Jacki Jing is the Morning Anchor on WXIX FOX 19 in Cincinnati. Before moving to Cincinnati she reported for FOX31 in Denver.  Jing received a full scholarship for volleyball to SUNY Binghamton and graduated  in 2008 with a degree in political science and English.

Kevin O’Connell is WGRZ-TV‘s Chief Weather Anchor in Buffalo, New York. Kevin earned a Bachelor’s degree from Buffalo State College in 1972, where he is still highly active in the College’s community and fund raising efforts.

Claudine Ewing is a reporter and fill-in anchor at WGRZ-TV, with Kevin O’Connell. Before working in television, Ewing was a news anchor and reporter for radio. She is a graduate of Buffalo State College where she earned a degree in broadcast journalism.

Dave McKinley is an investigative reporter for WGRZ-TV, as well, in Buffalo. Like his colleague O’Connell, he graduated from Buffalo State College.

George Richert is a news reporter for WIVB in Buffalo. In 1999 he received the Associated Press’ “General Excellence in Use of the Medium” award. Richert graduated from Buffalo State College in 1990 and earned a degree in Broadcasting.

Desiree Wiley is a traffic and lifestyles reporter for WKBW in Buffalo. Wiley is active in her community and has been working for the past six years to raise awareness for donation with Upstate New York Transplant Services. She attended the Buffalo State College and earned a Bachelor’s degree in journalism with a concentration in political science and economics.

Jackie Zabielski is the traffic reporter at NewsNet5 in Cleveland, Ohio. Before that, she was traffic and entertainment reporter at FiOS 1 News Long Island and New Jersey. Zabielski attended Stony Brook University and received a Bachelor’s degree in journalism in 2010.

Karl Ravech is the primary host on Baseball Tonight and anchor for SportsCenter on ESPN. He has hosted ESPN’s coverage of the Major League Baseball playoffs and World Series since 1995, as well as many other accomplishments. He received a Masters degree in management and leadership in 1990 from Binghamton University.

Sunny Hostin is a former United States Attorney who transitioned into a television personality. She is a legal analyst on CNN and Headline News. She previously worked for the FOX News Channel and regularly appeared on The O’Reilly Factor. Hostin earned a Bachelor’s degree in English from Binghamton University in 1990.

Tony Kornheiser is a host on ESPN‘s Pardon the Interruption and has been a commentator on ESPN’s Monday Night Football, among many other accomplishments in sports broadcasting. He is also a longtime sportswriter and columnist for the Washington Post. Kornheiser graduated from Binghamton University in 1970.

Nick Reisman is a reporter and blogger for The Capital Tonight on Time Warner Cable News. Before that, he worked for Gannett’s Albany Bureau covering state government and politics. Reisman graduated from the University at Albany in 2007 and majored in history and journalism.

WKBW-TV Channel 7 is the ABC News affiliate in Buffalo, and it is full of SUNY Fredonia alumni running both behind the scenes and in front of camera operations. The 9(!) alumni at the news station each hold a Communications degree from the western New York school.

Elyse Mickalonis joined Time Warner Cable News’ Triad Newsroom and WXLV ABC-45 in April 2014 as a morning reporter in Greensboro, NC. She holds a B.A. in Journalism from SUNY Purchase College, where she minored in Political Science, along with an M.A. in Journalism in 2011 from New York University. Before joining TWC News, Elyse interned at The Legislative Gazette, NBC’s Dateline, and TWC News (YNN) Albany, in addition to freelancing for several online publications.

9 thoughts on “Stay Classy! Newscasters Who Got Their Start At SUNY” 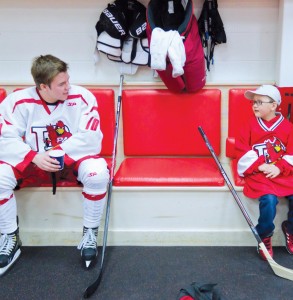 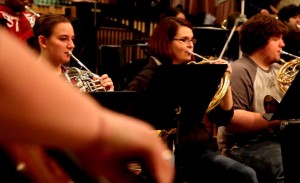