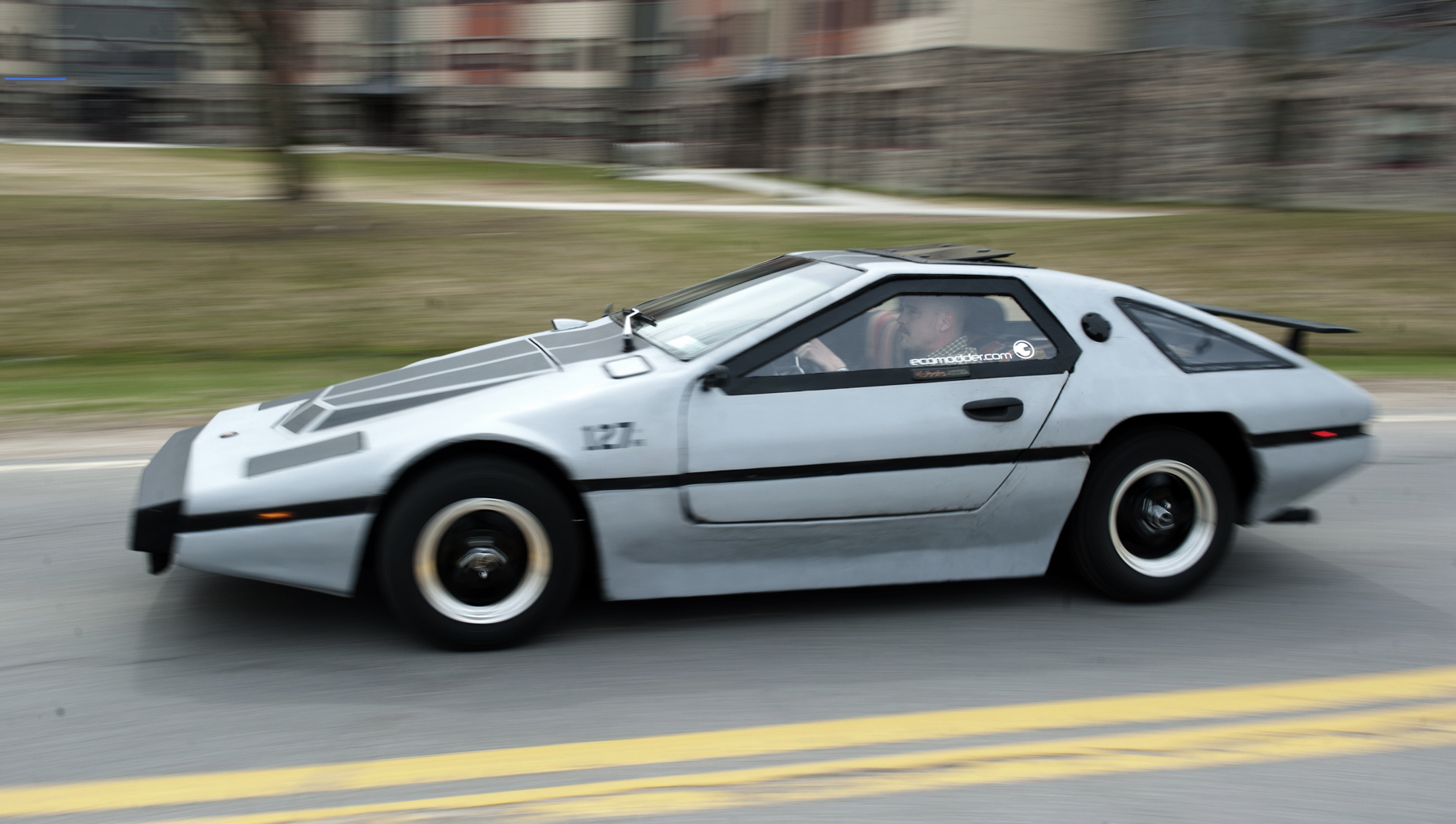 If you ask Jerry Bartlett, the answer would be 200–and not in a Pruis.

“As far as I know there are only three of these vehicles in existence,” Bartlett said.

The car is a modified Urba Centurion originally designed by Robert Q. Riley–one of only three in existence; the Lane Motor Museum in Nashville, Tennessee displays one and the other was used in the 1990 movie Total Recall starring Arnold Schwarzenegger (in fact, the original wheels used on the Total Recall car are on Bartlett’s Centurion).

Bartlett, a computer technician at SUNY Canton (a New York college just south of the Canadian border) was inspired to build the car by a February 1982 copy of Popular Mechanics, then Mechanix Illustrated, which now hangs on the wall above his desk at the college.

The Centurion is built on a 1966 Triumph Spitfire frame with a custom body made with fiberglass over foam and runs on a three-cylinder Kubota diesel engine. Its top speed: 65 mph.

So how’d he do it? Barlett wore a light-weight jogging suit, ditched the Total Recall wheels, and used a two-gallon gas tank.

“Every pound matters when you are working with a 17 horsepower engine,” he said.

The award came with a $1,000 prize, which Bartlett donated back to the Green Grand Prix, a non-profit corporation.

This wasn’t the first–or last project for Bartlett. He’s built a diesel motorcycle which averages 115 mpg, hybrid-electric trike that combines human and battery power, and lives off-grid in Colton by powering his home with solar panels and wind turbines.

“The whole thing is one big science experiment,” he said. “Once you start, you can’t stop.”

That is, as long as you’re wearing a light-weight jogging suit.

Next post SUNY Can Be “Greenest” University System in America, According to EPA