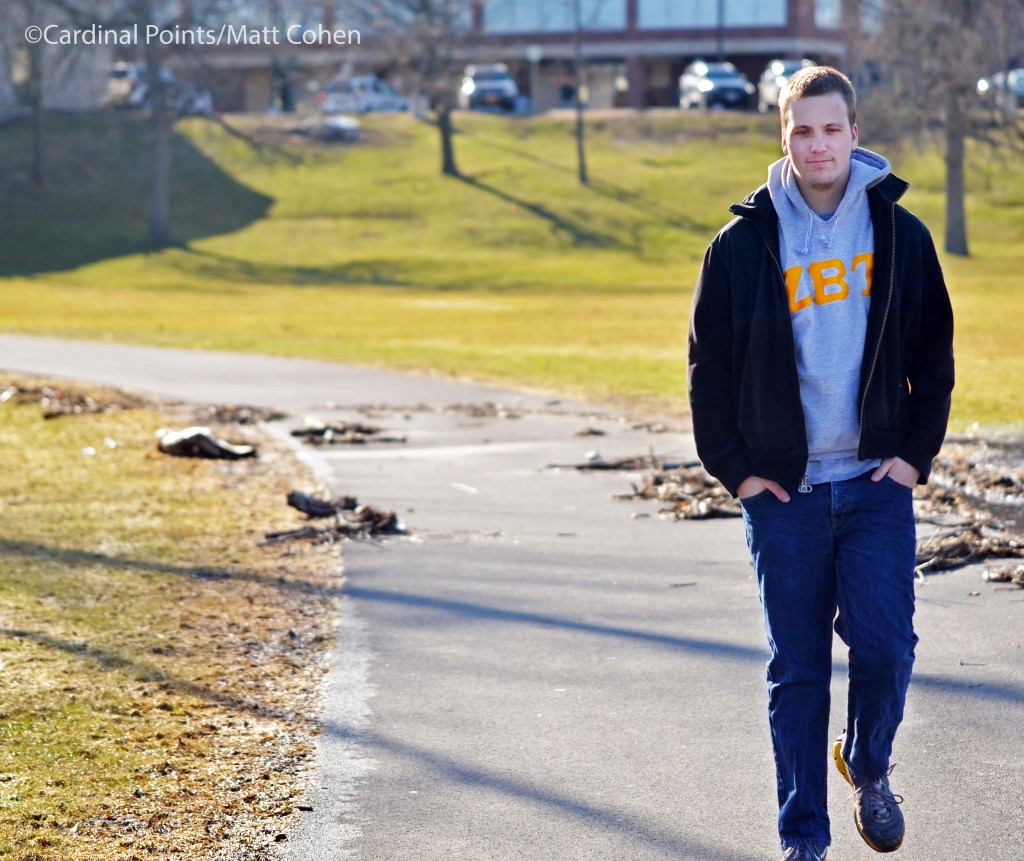 About a year ago, Sean Conklin made a seemingly small donation that now has the ability to transform into the greatest gift of all: another chance at life.

Not expecting anything to come if it, Conklin let technicians take a swab test from the inside of his cheek and enter the results into a bone marrow registry. This test would decide if Conklin was compatible with one of the 20,000 people suffering each year from a life-threatening illness where a bone marrow transplant is the best treatment.

A year after the swab test, Conklin received an email that changed his life forever; he was informed that his donation could potentially save the life of a woman suffering from non-Hodgkin lymphoma, the cancer of the lymph tissue.

Conklin, currently a senior at SUNY Plattsburgh in upstate New York, didn’t hesitate; he made the selfless decision to save the life of a stranger at the cost of going through a painful medical procedure.

“They wanted me to donate peripheral blood stem cell, which is different from a straight bone marrow donation,” said a tired Conklin on January 29th, the day after his final procedure concluded. “In a bone marrow donation, they put you under general anesthesia and extract marrow from your hip bone.”

Over the course of the five days, Conklin received a series of injections to stimulate production of the cells needed for the recipient. On the last day, Conklin began the grueling procedure. He was hooked up to an aphaeresis machine, which took blood from his arm, filtered out the stem cells, and then injected the blood back into his other arm through an IV.

“It took about six hours from start to finish,” Conklin said. “That was probably the hardest part of all — sitting there for six hours. They give you a TV to watch, you can bring books or your laptop. But your one arm has to remain immobile.”

In SUNY Plattsburgh’s continuing effort to provide ongoing support to its community, the SUNY Plattsburgh Cardinals baseball team holds a registry event every year in honor of former baseball player Brian Mehan, who died of cancer six years ago. This is the event where Conklin unknowingly began his journey last year.

After going through the long and painful procedure, Conklin has not only demonstrated his altruism and bravery, but he has potentially saved the life of someone in need.

When asked if it was all worth it, Conklin shows no reluctance.

“I remember sitting there, hooked up to the machine, thinking, ‘Why did I do this? Six hours …’ Now, afterwards, when I’m happy and comfortable, it occurs to me that it really wasn’t that big of a sacrifice to make. Six hours to potentially save someone’s life seems worth it to me.”