At a college sustainability conference in New York in April 2014, EPA Regional Administrator Juditch Enck told the crowd that SUNY should and could be the “greenest” higher education system in the United States.

Through 2014, the West Coast of the United States has been experiencing a nearly decade-long drought, threatening agriculture, tourism, and municipal infrastructure throughout California and the neighboring region. Lakes are completely dried up, bringing boats to rest on their beds and entire fields are scorched by the sun instead of hosting heads of lettuce and asparagus.

Will this happen in New York State–on the East Coast? The answer is, plainly, probably not.

To be blunt, New York has a LOT of water. In fact, the Adirondack Mountain range is the second-largest watershed in the WORLD; the Catskill Mountain range provides enough water to quench the thirst of some of New York City’s 8.3 million people; and the entire Western Tier of New York State is precipitated on by condensation of the Great Lakes–some of the largest bodies of freshwater on Earth.

So, for the time being, we don’t need to worry about becoming another “California” (although parts of it wouldn’t be too bad).

But as Dwight D. Eisenhower famously said, “plans are nothing; planning is everything.” It is never too early to be concerned about water conservation and what many see as a blessing, an abundance of water, is of course also somewhat of a curse.

Lots of precipitation means we need to somehow manage the excess supply–how this stormwater flows, for example, on and off our landscapes.

Improperly managed storm water leads to the pollution of our natural water bodies, destruction of stream beds, flooding, and (as you would imagine) economic losses. Green infrastructure, which uses vegetation and permeable surfaces to catch, hold, and filter stormwater to mitigate pollution, streambed and flooding issues, is being touted as a key player in the management of stormwater.

The nation’s largest public university research organization, which happens to service New York State, is looking at all of these issues and how solutions can be applied on college campuses.

Post by SUNY – The State University of New York.

And to guide the boots on the ground–those building LEED Platinum and Gold residence halls; flipping the switch to power an entire college campus on renewable electricity; and maintaining a college’s wind turbine–some of the brightest minds on our planet are coming together.

Enck emphasized during the Summit that SUNY should and can be the “greenest” higher education system in the United States.

Among many other important outcomes, the Summit generated a genuine dialogue concerning the feasibility of green infrastructure as a scalable solution to stormwater issues in urban landscapes. Importantly, it also shed light on the appropriate balance between grey infrastructure, the pipes and wastewater treatment plants that form the backbone of urban stormwater management systems, and green infrastructure.

So, as Eisenhower would be pleased that planning is underway, we can’t underestimate the impact that college students across New York are making every day on our unified pursuit for a brighter and more sustainable tomorrow!

3 thoughts on “SUNY Can Be “Greenest” University System in America, According to EPA” 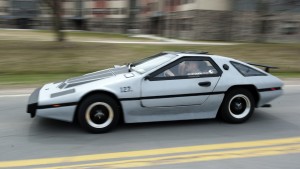 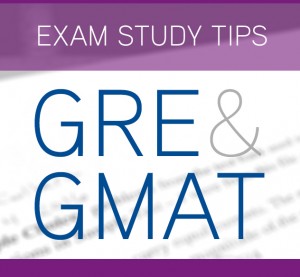 Winnie Yu
April 22, 2020April 27, 2020
Earth Day is a day to celebrate and demonstrate our support for environmental protection throughout the world, and this year...
Anissa Williams
February 26, 2020February 26, 2020
As of 2020, the SUNY's Got Your Back initiative has fully taken off to not only garner support from our...
Julie Maio
January 10, 2020
Beyond SUNY being the nation’s largest comprehensive public university system, it's also the biggest employer for some regions, helping those...
Taryn Rackmyer
November 22, 2019November 27, 2019
[caption id="attachment_39150" align="aligncenter" width="1000"] SUNY New Paltz graduate student Mandy Maldonado ’16 (Latin American & Caribbean Studies / Spanish) ’18g...
Taryn Rackmyer
September 23, 2019September 23, 2019
With temperatures rising globally, fossil fuels becoming more scarce and expensive, and oil spills impacting both the environment and economy,...
Julie Maio
April 19, 2019April 19, 2019
Since 1970, every year on April 22 nearly 200 countries around the world celebrate Earth Day to show support for...