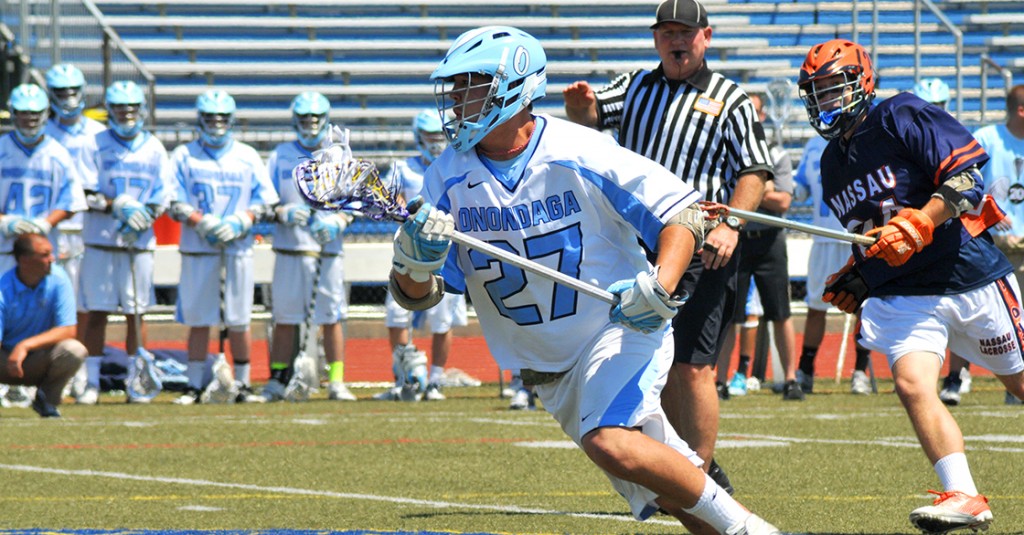 No team on any level of college lacrosse has ever won this number of games in a row until now.

A junior college in Central New York, the Onondaga Community College Lazers have historically been a strong force in NJCAA Region III and the Mid-State Athletic Conference. The Lazer’s 87th win comes following a 12-7 win over State University of New York (SUNY) rival Nassau Community College and brings the total time of plays-won to 5,220 straight minutes. For those of us that are counting, that’s more than three and a half days of lacrosse games, back-to-back, without breaks, that these collegiate athletes have more or less dominated the competition.

Onondaga Community College is home to 12,000 students and part of SUNY–the same system that hosts the University at Albany, which on May 10 upset #3 seed Loyola in the 2014 NCAA DI Lacrosse Tournament and will be playing Notre Dame in the Quarterfinals on May 17. In fact, two players on the Lazer’s roster played lacrosse at Lafayette High School, the same school as the University at Albany’s Lyle and Miles Thompson of the Thompson Trio (Onondaga Nation), who this season each beat the 1992 NCAA DI Men’s Lacrosse record for most points in a single season and also combine for more points this season than nearly half of all Division I lacrosse teams.

And the future looks bright: With SUNY’s Seamless Transfer Program, it is very possible that some of the national champions on Onondaga Community College’s team may transfer to other New York colleges like the University at Albany because the vast majority of SUNY community college students are eligible for automatic acceptance into SUNY four-year schools. So, in a few years, the athleticism required to capture these 87 consecutive wins may end up benefiting more than only Onondaga Community College.

In the meantime, congratulations to the Lazers. And wow.