Earthquake Buries Haitian Student, But Not His College Dream 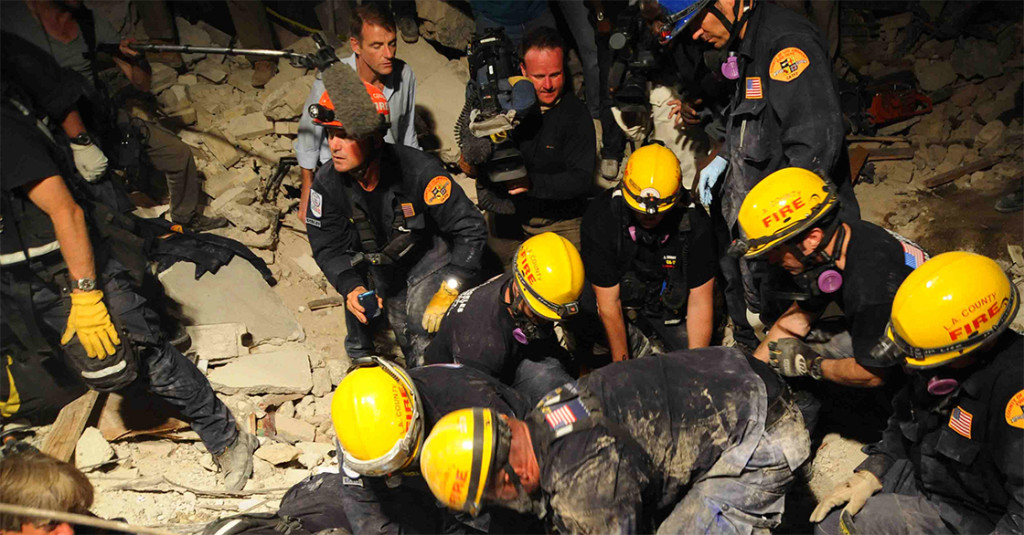 In January 2010, there was a massive earthquake in Haiti–7.0 magnitude on the Richter scale. It caused widespread damage throughout the country and inflicted a tremendous toll on the entire region:

But through the unimaginable wreckage, a miracle occurred: a 22-year-old student overcame the most difficult challenge of his life. Ralph Gedeon was buried alive underneath his school for nearly 48 long and dark hours before he was rescued by his father.

Gedeon was told that the only way to survive was to have his leg amputated. In Gedeon’s mind, this meant his studies would end and his life as he knew it would be over.

Ayal Lindeman, a volunteer, heard Gedeon’s story and ultimately helped put his life on track to achieve his dreams; he told Newsday:

I promised Ralph if he underwent the amputation, I would personally ensure he would not only be able to walk, he would even play soccer again.

After Gedeon received a prosthetic leg, Linderman did much more than promised; he sponsored Gedeon and allowed his to come to the United States to attend Rockland Community College and graduate with honors in science and pre-engineering.

Gedeon will be attending SUNY Maritime in the fall to finish his dream of becoming an engineer so that he may go back and help others in Haiti.