Study Suggests Yawning May Be Linked to Brain Cooling 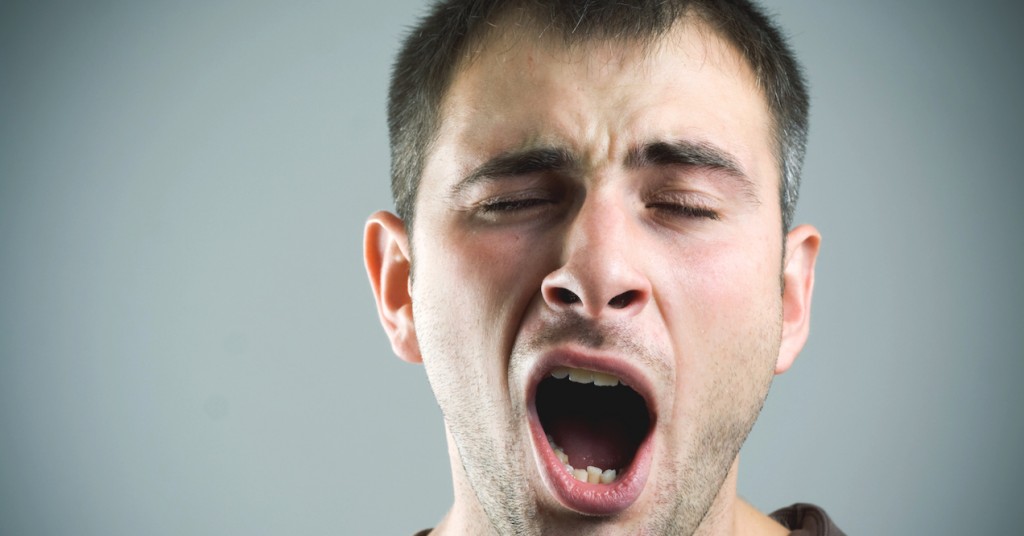 Researchers may have found the answer to the age-old question, “Why do we yawn?” We yawn when we’re tired, when we wake up, when we’re bored, and even when we’re anxious, but do we know why we yawn? Researchers from SUNY Oneonta, along with the University at Vienna in Austria and Nova Southeastern University in Florida, believe to have found that why through identifying a link between the events that make us likely to yawn and thermoregulation, or brain cooling.

Their explanation: we yawn to cool the brain.

This is contrary to a widely held theory that it is to increase oxygen supply, even though previous research shows no association between yawning and blood oxygen levels.

A new study says yawning means your brain is overheating. Whew, I thought it had something to do with me sticking my head in the microwave.

Jorg Massen and Kim Dusch of the University of Vienna measured contagious yawning frequencies of random pedestrians walking in Vienna, Austria during the winter and summer months. Next, they conducted an identical study in Arizona of pedestrians in a dry climate. Both sets of pedestrians were then asked to report on their own yawning behavior.

Jorg Massen explains that where yawning is used to cool the brain, yawning is not functional when the surrounding temperatures are as hot as the human body, and might not be necessary or may even be detrimental to your health when it’s freezing outside.

There have been many studies that test whether yawning is contagious while only emphasizing emotional-cognitive and interpersonal influences. This new study seeks to uncover the underlying reason for yawning and suggests that yawning is spread through behavior, or brain cooling, via contagious yawning.

Now, watch this and try not to yawn.