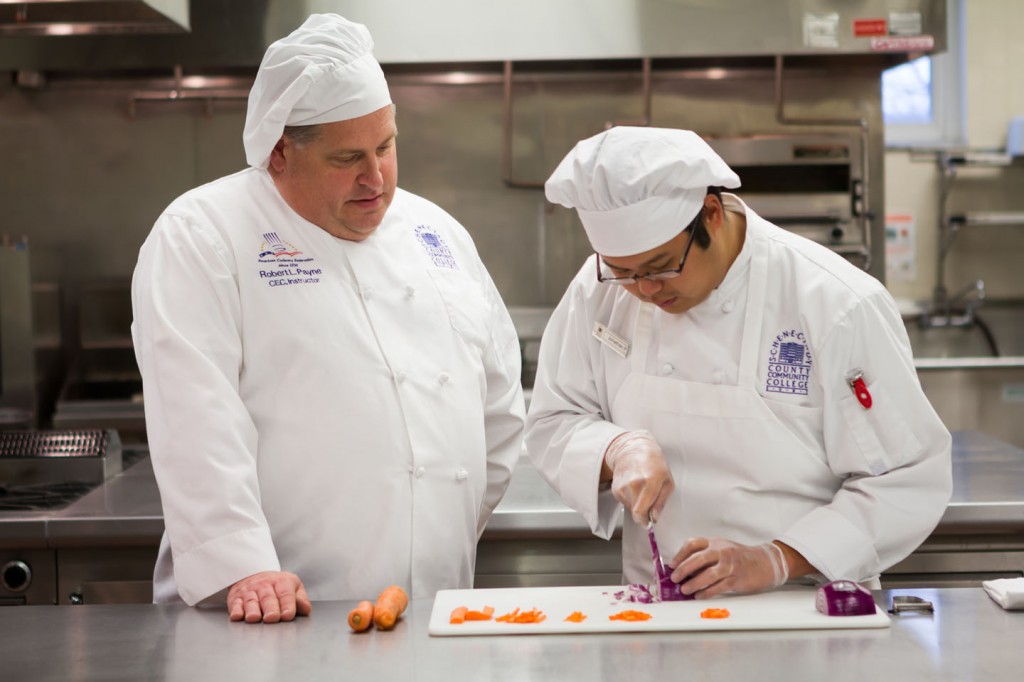 Everybody loves food; food brings people together and exposes our taste buds to a wide variety of cuisines from different cultures. Cooking is an art form that allows creativity to flourish, using a plate as a canvas. According to the National Restaurant Association, New York restaurants are projected to bring in $34.6 billion in revenue and employ at least 10% of the state’s workforce. So where do these chefs and restaurateur hone their craft? Well one SUNY schools is well-known for producing some of the best chefs and hospitality workers in the country.

Schenectady County Community College has been recognized by the American Culinary Federation for hosting an “exemplary” culinary arts program on its campus. The school even has its own restaurant, Casola Dining Room, where students gain practical experience preparing food and serving customers. Over two-thirds of the program’s graduates are hired by restaurant owners throughout New York, and many are selected as interns at Disney World and the Kentucky Derby each year.

We were able to chat with Adam Foti, a current culinary arts student at SCCC about his experience in the program. Check it out below: