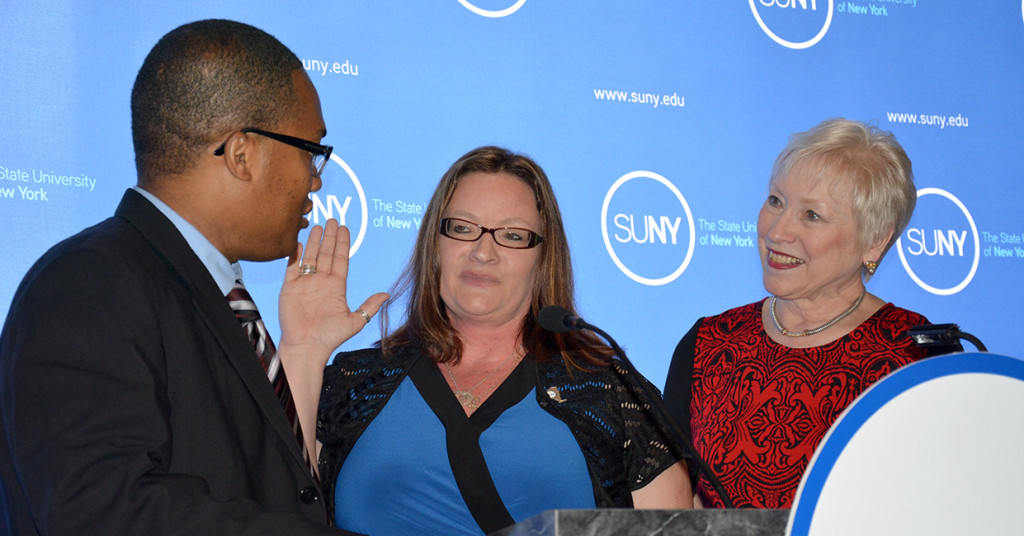 Lori Mould, SUNY Student Assembly President, was sworn in as a State University of New York student member of the Board of Trustees this month.

For the next year, President Mould will vote to represent nearly a half-million SUNY students as she works to further SUNY’s mission and commitment to its broad array of stakeholders. Since 1974, the sitting Student Assembly president has been granted a seat on the State University of New York Board of Trustees.

“We have a great team and I know that we are ready to hit the ground running,” President Mould told me in an interview, noting that her primary objective is to “best advocate for our students” and increase student involvement.

Directly after graduating high school, President Mould began her journey as a single mother and over the next 27 years, she worked hard to provide for her family–first as a secretary, then as a construction worker, and finally as a business owner.

I sat down with President Mould on the day of her inauguration: