SUNY Chancellor Zimpher Featured on Cover of ‘Her Life Magazine’ 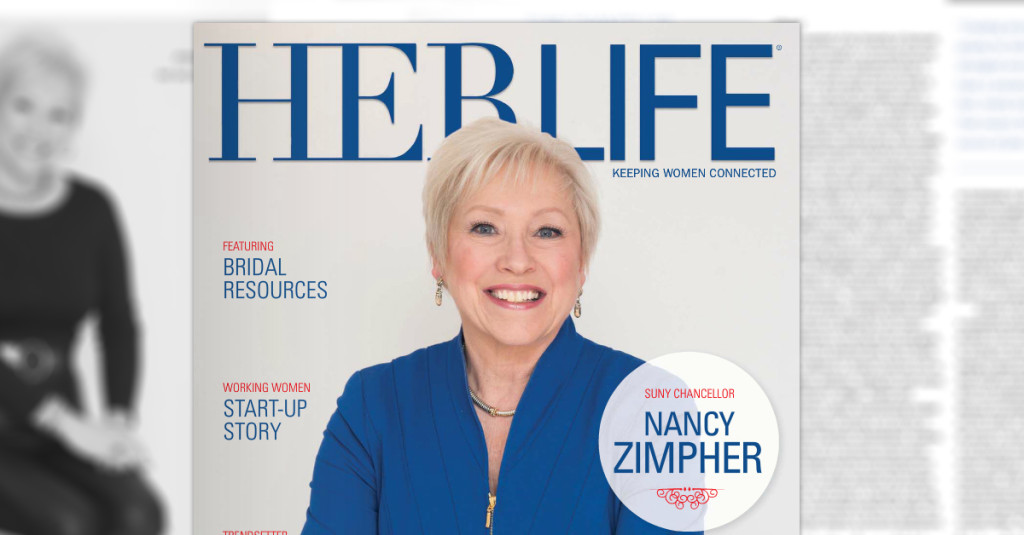 SUNY Chancellor Nancy L. Zimpher is featured on the cover of the June 2014 issue of Her Life Magazine, a print publication in New York State.

The three-page feature article highlights Zimpher’s sponsorship of the breakthrough New York State Master Teacher Program, which with Governor Andrew M. Cuomo seeks to bolster the teaching talent in New York State, as well as her role in co-founding the cradle-to-career initiative StriveTogther and advocating for SUNY Works, a cooperative education program that aims to empower college students to earn both college credit and income by working as interns in their chosen fields.

These innovative programs and initiatives have contributed to Zimpher’s elevation to a position of national influence–a spot, Politico regarded in January 2014, that makes her “Obama’s favorite college leader.”

Zimpher is the first female chancellor of the State University of New York, the nation’s largest comprehensive public university system, where she leads 463,000 students, 90,000 faculty and staff, and nearly 3 million alumni worldwide.

To read the article in its entirety, browse the June 2014 issue of Her Life Magazine (free).