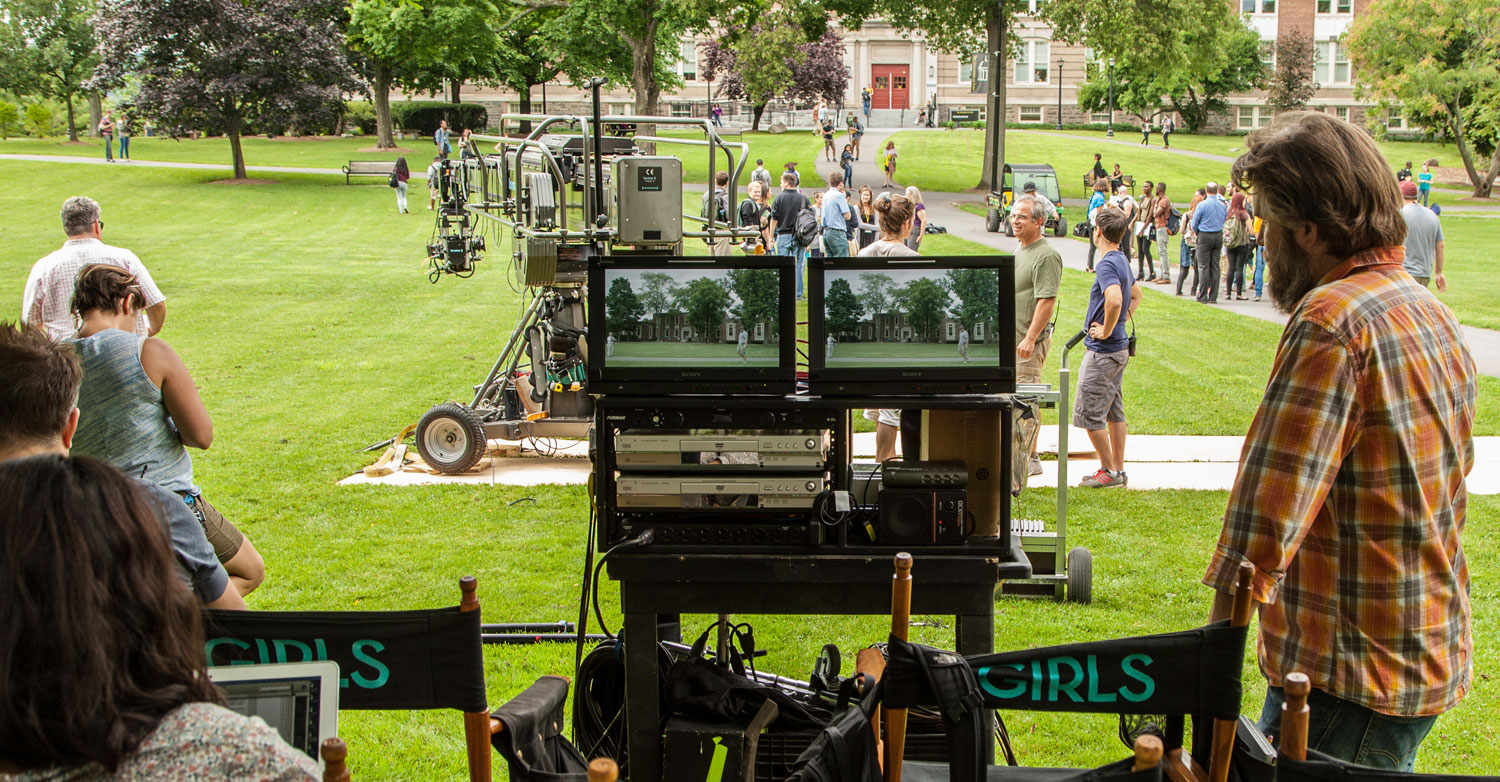 SUNY New Paltz was transformed into a television set on Tuesday, July 29, as the cast and crew of HBO’s “Girls” came to campus to shoot an episode of the popular series about the millennial generation.

More than 40 students and staff were given the opportunity to act as extras on the set.

Crews began arriving at the the college in the morning, and filming took place from the early afternoon into the evening at various locations throughout the SUNY New Paltz campus, from the Gunk Pond to the Old Main Quad.

Max Singer ’14 of South Salem, N.Y., a history major and theater minor, said it’s interesting to see how different television shows are from theater productions. It was his first time working as an extra for a film production.

“It’s good to get a sense of how the process goes,” said Singer. “Film can be very technical, especially television. They’re on a very tight schedule all the time. If you understand the mechanisms of it, it’s much easier to be on top of your game. There are a lot of components to film and television that have nothing to do with the actors. The actors are small pieces, versus the theater, where it’s really the actor’s game. It’ a very different craft; very technical.” 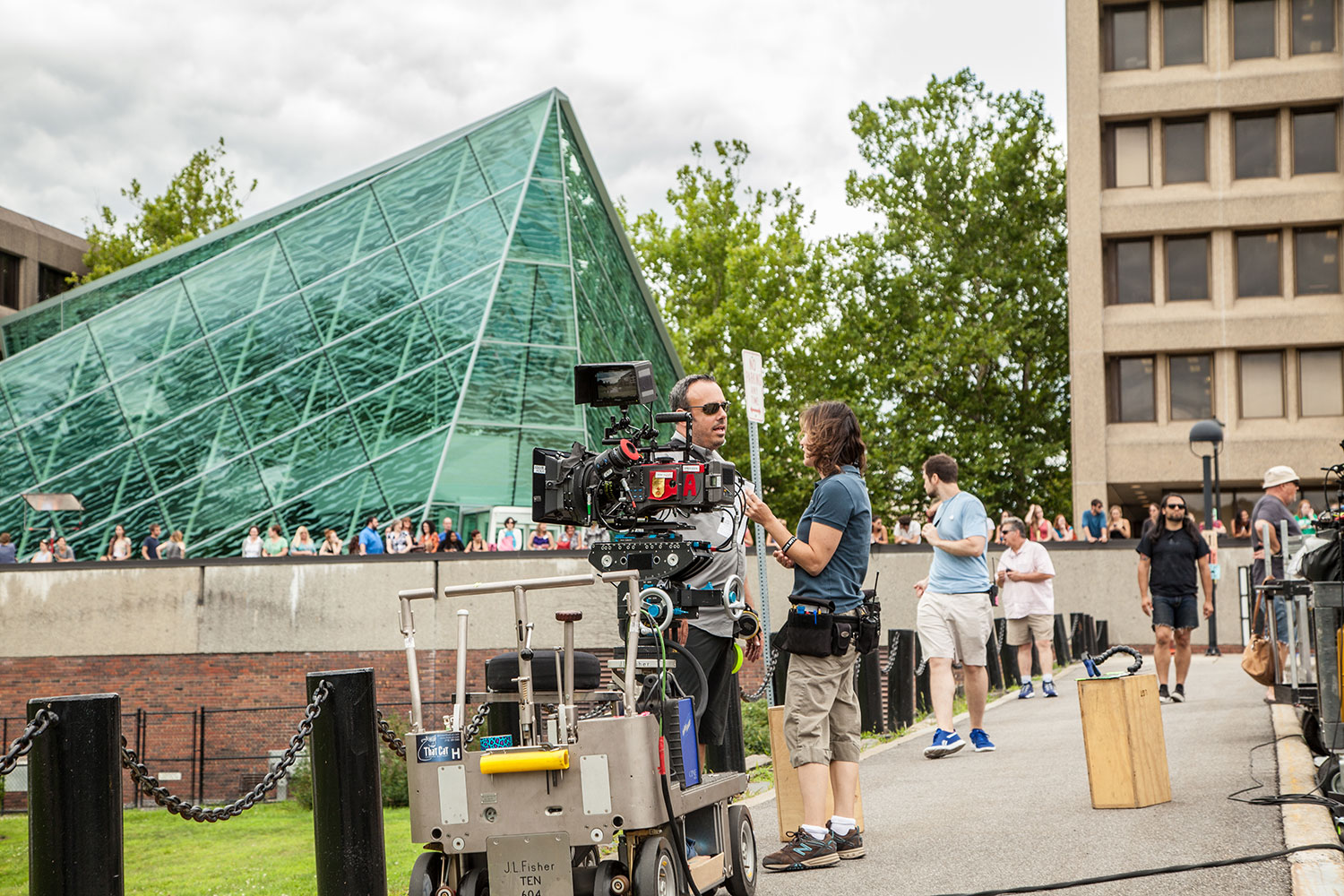 Crew members of the HBO show “Girls” discuss activities during filming at the New Paltz campus.

After wrapping up on campus around 8 p.m., the crew scheduled to proceed into the Village of New Paltz for additional shooting into the evening hours.

SUNY New Paltz accommodated this filming request in conjunction with the New York State Governor’s Office for Motion Picture and Television Development. The request was granted due to the many benefits it can bring to the community, especially the practical, hands-on learning opportunity it presents for our students.

In recognition of the impact a large-scale film production can have on the campus and staff of the College, a donation was made to the SUNY New Paltz Foundation on behalf of Half A Yogurt Productions, the production company for “Girls.”

See a slideshow of the day’s activities below:

The State University of New York at New Paltz is a creative, diverse, challenging and supportive environment where you get a degree from a highly selective university and an education rich in experiences that will last a lifetime. At New Paltz, you are encouraged to explore and take intellectual risks, to find your passion, to begin your path and to find your voice.