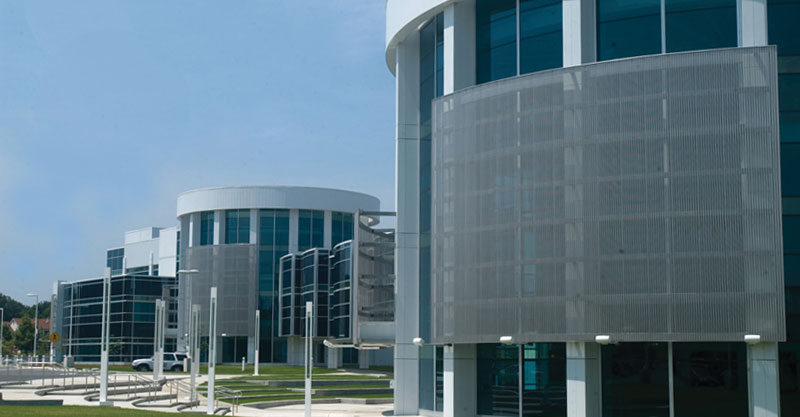 Technology advances faster than most people can keep up with, and another milestone was reached today.

The SUNY College of Nanoscale Science and Engineering, along with Global 450mm Consortium (G450C) partner Nikon Corporation, unveiled its first fully-patterned 450mm wafers at SEMICON West, a major computer chip industry conference in San Francisco. The NanoCollege in Albany is the headquarters for the Global 450 Consortium, a coalition of the world’s five largest microchip manufacturers that have set up a pilot factory at the school that processes chips on 450mm wafers, instead of the 300mm wafers that are the current leading-edge standard.

The 450mm wafers, which are made of silicon and measure 18 inches across, can produce more than double the number of chips on a 300mm wafer, which measures 12 inches across. Unlike blank 450mm test wafers, the patterned 450mm wafers are new because lithography companies that make machines to create the circuitry on the wafers haven’t unveiled these 450mm machines yet.

So, how did we get here? In July of 2013, Governor Cuomo announced a $350 million partnership between the newly merged CNSE/SUNYIT and Nikon to develop next generation 450mm photolithography technology. Nikon and the newly merged CNSE/SUNYIT worked tirelessly to bring a first of its kind immersion lithography scanner online in less than 12 months, enabling the vital wafer exposures that will further advance the industry’s transition from the current 300mm wafer platform to the next generation 450mm wafer platform. The wafers that will be presented at SEMICON West are the first produced in support of the G450C, a public-private partnership headquartered at the NanoTech complex in Albany, NY.

“These first 450mm wafers are tangible proof that the industry’s transition to this next generation technology is on track and gaining momentum,” said Paul Farrar, Jr., Vice President for Manufacturing Innovation of the newly merged SUNY CNSE/SUNYIT institution and General Manager of the G450C. “Governor Cuomo understood very early on that the transition to 450mm wafer technology was an industry necessity, and he was determined to make it happen in New York State. Through the Governor’s leadership, this historic initiative continues to enable cutting edge innovation and business opportunities, as we set the standard for tomorrow’s technologies.”

A collection of the first fully patterned 450mm wafers will be on display at SEMICON West at the newly merged SUNY CNSE/SUNYIT exhibit, booth number 517, located in the Moscone Center’s South Hall. Representatives will be available Tuesday, July 8, through Wednesday, July 9, from 10 a.m. to 5 p.m.; and on Thursday, July 10, from 10 a.m. to 4 p.m.

Read the full press release from the CNSE Newsroom.