Sustainability On Top of the City 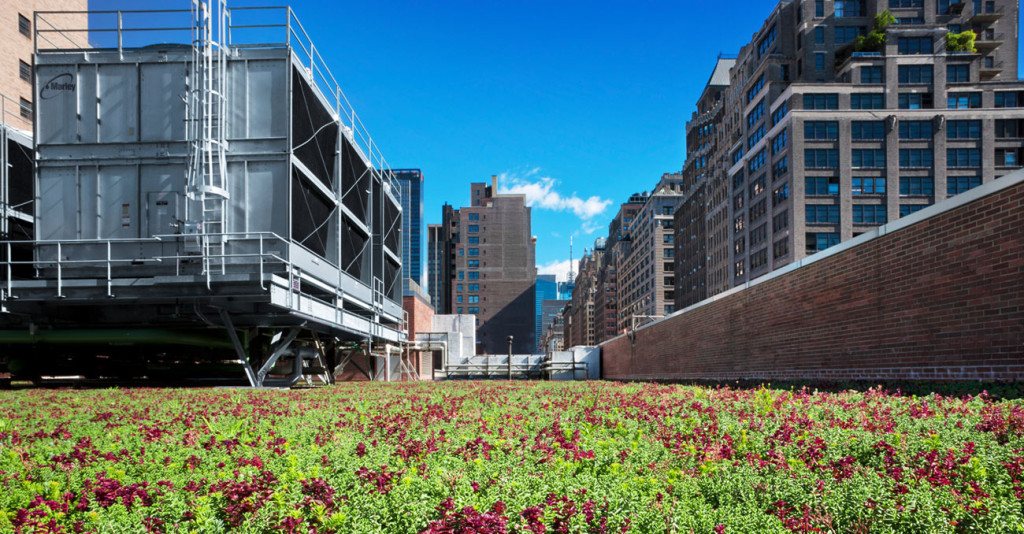 If you have ever lived in a crowded city with apartment style living and a lack of vegetation–you would know that it is quite different from areas of lavish gardens and broad forests. But, if you happen to find yourself flying over any city in the United States, you might notice a green roof or two, which are building roofs that are partially or fully covered with vegetation. This trend in sustainability is now sparking the interest of various businesses, government organizations, and colleges who in turn have developed these roofs for their own building(s).

Throughout the past decade, SUNY has been dedicated to an increasing push for sustainability. This past year 10 SUNY campuses were even ranked as being some of the nations top “Green Colleges” by Princeton Review. The Fashion Institute of Technology, in the heart of Manhattan, is one of many colleges that has openly supported sustainability initiatives throughout their campus.

Since 2010, FIT has established two green roofs on campus, making 60% of their total roof space green. With a third roof in the process of installation, they are well on their way to accomplishing their task of installing a green roof on all 9 of their buildings.

These green roofs provide sanctuary for a variety of bats, insects, and birds such as hummingbirds, warblers, sparrows, doves, mockingbirds, falcons, and bees. Already 17,250 square feet of pre-vegetated green roof material has been installed. It has been estimated that approximately 300 kg of CO2 is to be removed from the atmosphere each year, which in turn improves air quality and helps cool the city during hot summer months. 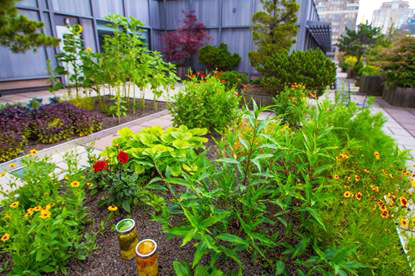 Initially, the roofs were started with the basic need for upgrade and improvement. Each green roof is installed with a green roof tray system on top of a bed of new waterproofing membranes. According to Rebecca Corrado, Assistant Vice President for Administration at FIT, these installations provide additional life expectancy to the roof system by shielding it from strong sunlight and keeping the roof cooler. Also, absorption properties of the roof reduce storm water run-off, preventing flooding and leakage.

The overall goal in improving the roofs has been to incorporate sustainable components–whether in the form of energy conservation, more effective use of space, or for environmental productivity.

Along with their green roofs, FIT has also established a dye garden, an urban garden planted on a terrace at FIT run by the students, with the support of the Clinton Global Initiative University (CGIU) and the Think Big Challenge. This garden has given a handful of students the opportunity to grow natural dye plants that are used to create dyes to use in the classroom. This garden was established by students with the intent of raising awareness of certain procedures that contribute to climate change, as well as providing a tangible way to stray from negative environmental practices.

With FIT’s example, we can see that sustainability practices have taken shape on college campuses in urban environments, being used as both teaching tools and environmental change agents for the better.