Seeking A Deeper Understanding Of How The Brain Works 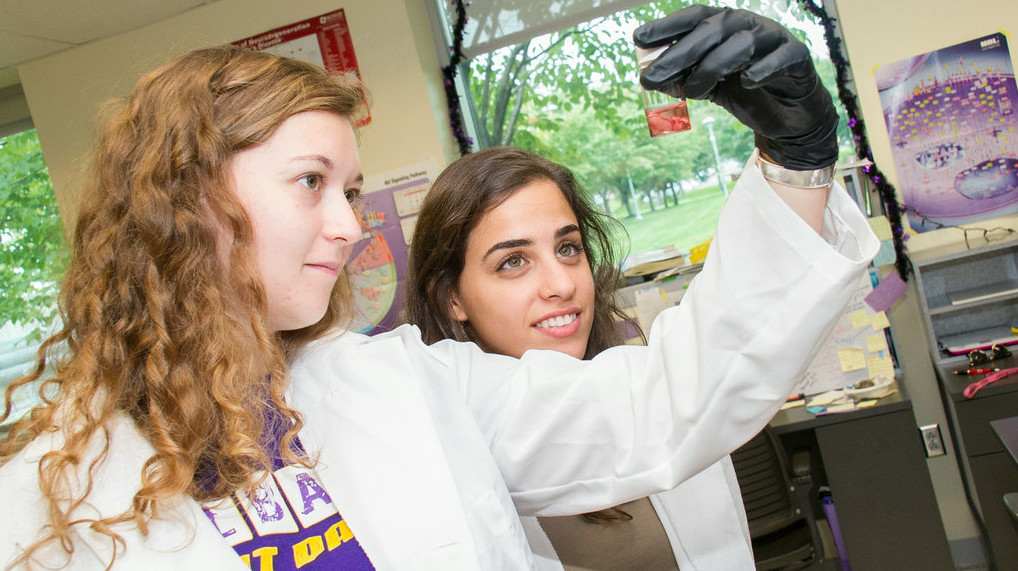 Imagine having your research recognized by the President of the United States. How great an accomplishment would that be?

Thirteen SUNY students in total were selected from over 70 applicants – including UAlbany’s Thomas Yoncono ’15 and Roi Ankawa ’16. Each conducted hands-on research to support the work of SUNY Brain faculty across several campuses.

Yocono researched at Stony Brook University in the cognitive neuroscience lab of professor Hoi-Chung Leung. He focused on the functional connectivity of the amygdala. The amygdala has a direct association with stress, depression and anxiety. An honors college physics major, Yocono analyzed data from children (ages 9-12) to measure interaction between the amygdala’s three subdivisions and other areas of the brain. Research has found that prolonged stress and anxiety during childhood increase the risk of developing anxiety disorders and/or depression later in life.

“By combining my background in physics and love for psychology, I felt this opportunity was a great fit for me,” Yocono said. “Developing and reporting on neuroscience research has given me an entirely new skillset I can apply to my major and future career.”

At UAlbany, Ankawa, an honors biochemistry major, worked with psychology professor Ewan McNay. She focused on the link between type 2 diabetes and Alzheimer’s disease – the most common cause of dementia. Scientists have found a direct correlation between lack of insulin – the underlying cause of diabetes – and brain cell deterioration. Ankawa was tasked with analyzing the hippocampus of lab rats in a cell culture environment. She matched similar dysfunctions associated with Alzheimer’s and type 2 diabetes.

“The complexity of the brain and its control of almost all bodily functions and behaviors make it such an interesting and diverse research topic,” Ankawa said. “Understanding this neurodegenerative disease [Alzheimer’s] will ultimately make it more likely that we will find a cure or better treatment.”

SUNY recently awarded $800,000 for neuroscience projects supported by the SUNY Brain Network of Excellence. You can also learn more about the SUNY Brain Summer Scholars Program via our website.