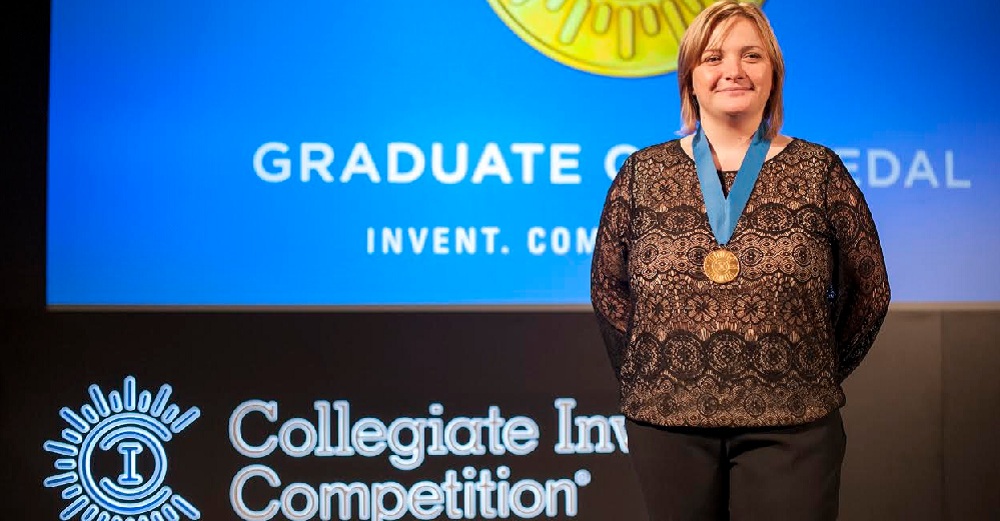 The yearly flu, tetanus, shingles, measles, and more; all diseases that have specific vaccines developed to keep the population safe from obtaining them. According to the National Institute of Health, it is much cheaper to prevent a disease than to treat, or attempt to cure it, after acquiring it. In a study on the economic impact of routine childhood immunization conducted in 2005, researchers estimated that for every dollar spent, the vaccination program saved more than $5 in direct costs and approximately $11 in additional costs to society. Now, a Stony Brook University graduate has invented a new way of receiving vaccinations in a version without needles that is as simple as putting on a Band-Aid®.

Three-time Stony Brook University graduate, Katarzyna (Kasia) M. Sawicka, PhD (’04, ’05, ’14), won first prize in the graduate division of the national Collegiate Inventors Competition for her invention of “Immuno-Matrix,” a first of its kind, non-invasive skin patch that uses nanofibers to hold and deliver a vaccine through the skin. The new application is painless, self-administered, and doesn’t produce bio hazardous waste like used needles. The Immuno-Matrix can even deliver a molecule 250 times the size of the 500 Dalton Rule, which argues that the molecular weight (MW) of a compound must be under 500 Dalton to allow skin absorption into the body.

The physical make up of the Immuno-Matrix is key to its benefits; it’s easy to transport and stable at room temperature, which would give it applicable uses in different types of environments all around the world. The skin patch has been successfully tested and used to combat the flu, pertussis (whooping cough), anthrax, and with other antigens and macro molecules. In the future, Sawicka plans on exploring the commercialization of the Immuno-Matrix technology and hopes to see it brought to practical use in clinics and hospitals worldwide. 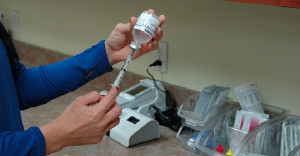 The development of the Immuno-Matrix may make the need for vaccines to be administered by needle obsolete.

“Bringing the concept of infectious disease immunization without the use of needles to this stage is a great advancement to our field, and I congratulate Kasia and her team for their first place award in the national Collegiate Inventors Competition,” said Stony Brook University President Samuel L. Stanley Jr., M.D. “We are excited to see the outcome of the next phase of Kasia’s work on Immuno-Matrix.”

Vaccines protect not only the individual, but the surrounding community as well. Community, or herd, immunity, refers to a large number of people within a community being vaccinated against a certain illness, which results in the entire group becoming less likely to get the disease. By improving the ease of distribution and application of needed vaccines, doctors and caregivers can help a larger range of patients who may have issues with a typical intake via needles.

“I am extremely honored to be recognized by some of the nation’s greatest inventors, who served as judges at the Collegiate Inventors Competition,” said Sawicka. “This award symbolizes a decade of research that I was able to accomplish thanks to the help from excellent Stony Brook undergrads that I was able to convince to work with me.”