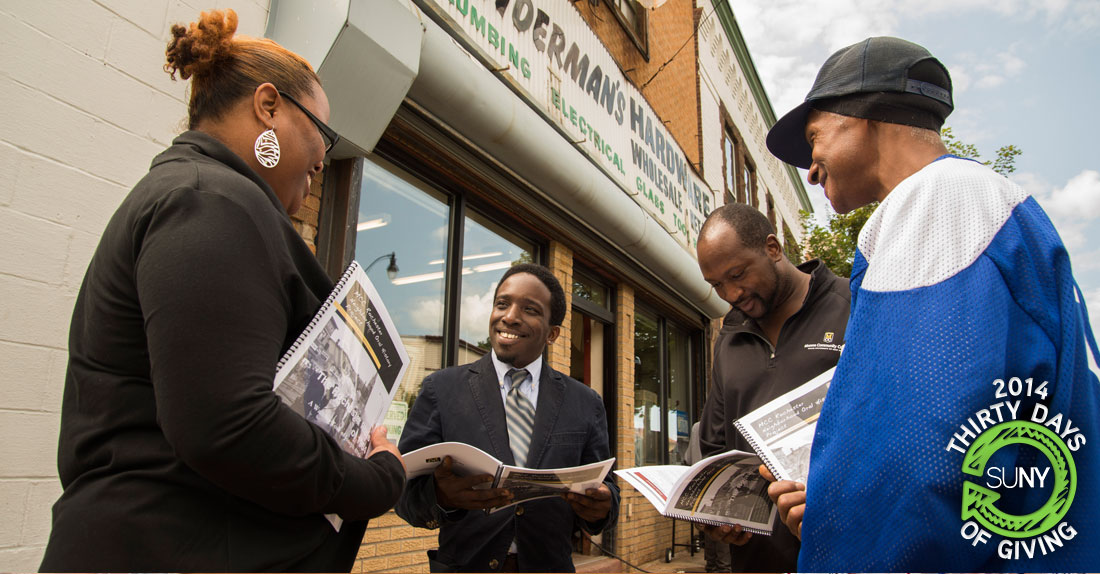 Service-learning is implemented in many disciplines at Monroe Community College. Students engage in meaningful service that strengthens our community while building skills and developing knowledge that will help them succeed in their career fields.

For example, in 2013-14 more than 60 students of Verdis Robinson, an MCC assistant professor of history, created a guidebook and a self-guided walking tour of one of the neighborhoods where the 1964 Rochester race riots began. The purpose of the tour and guidebook is to show how the Joseph Avenue neighborhood has changed, explore the effects of racism, and engage the community in improving the neighborhood.

“The Rochester Riots of 1964: A Walking Tour of Joseph Avenue” follows in the footsteps of rioters and takes readers to eight stops along Joseph Avenue. The guidebook contains historical photos and provides a brief history of race relations in Rochester as well as the economic and political landscape of Rochester and the nation in the decade leading up to the riots.

In July 2014, more than 130 area residents attended four tours led by Robinson and several of his students.

Since they launched the MCC Rochester Neighborhood Oral History Project in fall 2013 to stimulate community conversations about race relations and the 50th anniversary of the Rochester riots, the students at MCC’s Damon City Campus have taken what they learned in the classroom and developed various platforms, including a Facebook page, to foster dialogues in Rochester neighborhoods and online.

Next, students will capture the oral histories of a Rochester neighborhood where the riots occurred. Their recorded video interviews with former and current residents will eventually become part of a book that will be added to the Rochester Public Library collections. Copies of the book and video will be given to Rochester elected officials and community action groups as resources for urban revitalization efforts. 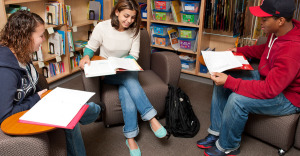 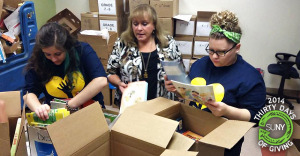 Next post 30 Days of Giving 2014: Green Apple Day of Service at Onondaga

Taras Kufel
November 27, 2022
A dog can make anyone's day better. That has been true at SUNY New Paltz for many years thanks to...
Taras Kufel
November 26, 2022
This summer, twenty of SUNY Polytechnic Institute's incoming first-year EOP students joined others and volunteered at the Johnson and Park...
Onondaga Community College
November 25, 2022November 25, 2022
The students in Syracuse's Dr. Weeks Elementary School had huge smiles on their faces in early November thanks to Onondaga...
Shay Gauthier
December 29, 2021
To give back to SUNY campuses, the SUNY Fellows from System Administration organized a donation drive that helped support seven...
Shay Gauthier
December 26, 2021
Students from STEAM at Dr. King Elementary School will be a bit warmer this winter thanks to a donation of...
Tompkins Cortland Community College
December 24, 2021December 24, 2021
Culinary Arts students at Tompkins Cortland Community College helped make Thanksgiving a little bit sweeter for some veterans. Professor Susan...