How can I avoid the Flu? 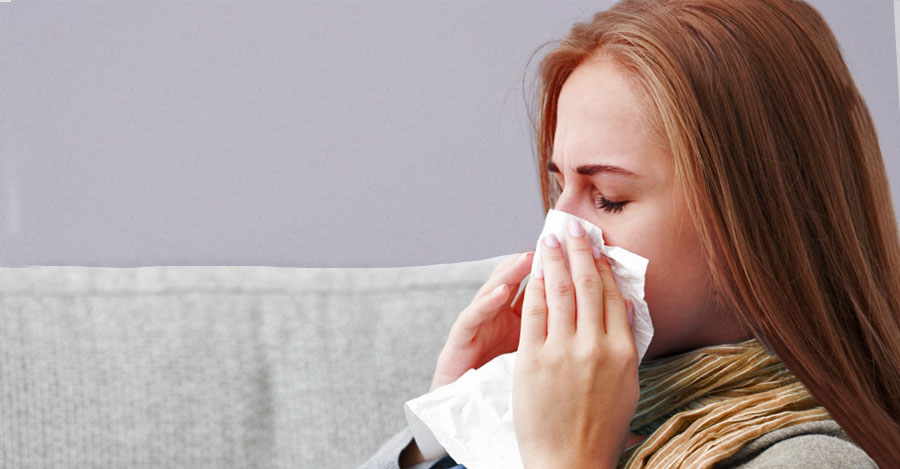 What comes to mind when you think of winter? Perhaps a snowy day filled with snowball fights, snow men and hot cocoa. Or maybe the cold, frigid weather causing you to get sick and having to spend the weekend in bed. Well the winter definitely encompasses both of these realities. During this time of the year, everyone is more susceptible to falling ill–especially to the flu.

So here’s the big question: How can I avoid “the Flu”?

We spoke with Joseph Domachowske, MD, who is professor of pediatrics and professor of microbiology and immunology at Upstate Golisano Children’s Hospital of SUNY Upstate Medical University. He broke down the best (and worst) ways that you can shield yourself against the flu this season.

Basics of the Flu

The term ‘flu’ is used by many people to indicate a variety of viral illnesses. But influenza is a specific infection of the respiratory tract. It hits fast and hard. You feel fine one minute, and ‘pow!’, your energy is sapped, muscles ache, you get a sore throat, a nasty headache, chills and fever. Since the virus that causes influenza infects the respiratory tract, coughing is common. The eyes, ears, nose, throat, bronchi, and lungs are all often involved. Classic influenza leaves you feeling ill for a week or so. It’s not ‘just a cold.’ People who develop an influenza infection despite having been immunized tend to have much milder symptoms, and recover more quickly. So while influenza vaccines are far from perfect, vaccination can certainly make the illness less unpleasant if you do fall ill. Avoid the much too common excuse that “I got the vaccine last year, and ended up with the flu anyway.”

The single most effective way to avoid getting influenza infection is by making sure you receive the influenza vaccine each season. The vaccine composition changes year to year based on predictions about which influenza strains are likely to circulate in the community. Even during years with vaccine mismatches, where immunized folks are more likely to get influenza, their infections tend to be less severe than those who weren’t vaccinated at all. It’s also clear that there is a cumulative benefit from being vaccinated against different strains each year since our immune systems have the ability to remember the strains that we have been vaccinated against, or even infected with, in the past.

A flu shot is not the only way to get immunized! For those who are truly needle phobic, there is a mist form of the vaccine that can be given as a nasal spray. This form of the vaccine is used between the ages of two and 50 years, in people who are in general good health otherwise.

Very few people have an absolute contraindication to influenza vaccination, such as a severe allergy to a vaccine component. If you have opted out in the past, or are ‘vaccine hesitant’ for any reason, seek authoritative information. Medically, vaccination makes sense in almost every single situation.

How to Defend Our Bodies

Since influenza infection comes every year (in the winter in our area), there is no good way to avoid being exposed. Many children and some adults can be infected with, shed and transmit infection even before they know they are sick! Common sense healthy behaviors like avoiding close contact with people who have influenza or have respiratory symptoms during influenza season, keeping your hands clean, and avoid touching your eyes, nose and mouth can reduce transmission, but these strategies work even better if you already protected yourself by getting immunized.

Just how effective is the vaccine?

Influenza vaccine effectiveness can range from 30 percent to better than 85 percent in any given year. The ‘best’ years are when the vaccine strains match the influenza viruses that come into the community. When there is a mismatch, vaccine effectiveness sags. Remember that each year our influenza vaccine includes three or four different influenza vaccine types. Yeah…its true…if you aren’t vaccinated you might actually be unlucky enough to get infected with influenza four times in the same winter!!! The point is that when one of the three or four strains in the vaccine is mismatched, the others are often near perfect matches, so there is always some vaccine benefit. A second point is that if you are one of the folks that hasn’t been immunized yet this year, and you developed influenza infection, once you recover, its important to seek vaccine! Who wants to get influenza AGAIN the same year from another strain?

The reported expected drop in effectiveness of the 2014-2015 influenza vaccine relates to a change in one of the four vaccine types that was supposed to protect us from an influenza A H3N2 virus. Some of the H3N2 virus in the U.S. ‘looks like’ the vaccine strain, so those of us who are vaccinated are not likely to get that type of flu this year. The problem is that some of the circulating H3N2 influenza viruses have undergone some genetic changes called ‘drifting,’ and the drifted H3N2 virus that is out there is infecting folks who got vaccinated. Influenza viruses drift continuously, so a perfect vaccine match is often elusive. Given the complexities of choosing vaccine strains each year, its remarkable that influenza vaccine effectiveness is often better than 75 percent!

The bottom line? Get immunized, wash your hands, avoid close contact with folks who clearly have a respiratory infection, and avoid touching your face, eyes, nose, and mouth. Get plenty of rest. Exercise regularly, and optimize your nutrition. Nobody said it was gonna be easy!